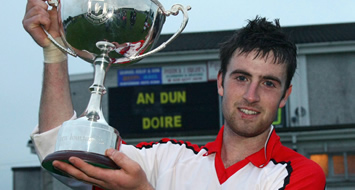 Derry retained their Ulster U21 Hurling Championship with a 2-18 to 1-08 win over Down in Ballycran.  Derry previously recorded wins over Antrim and Armagh in the round-robin competition, and therefore their 100% record confirms them as Ulster Champions for the fifth time in their history.

Goals in either half from Paddy McCloskey and Sean Leo McGoldrick ensured the Oak Leaf ran out comfortable winners.

Derry will now face Tipperary in the All-Ireland semi-final, after the Premier won the Munster Hurling Final with a controversial 1 point victory over Clare.