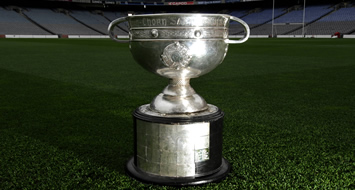 The clash between Tyrone and Westmeath is the standout fixture in the second of the GAA All-Ireland Championship Football Qualifiers.

The draw for the qualifiers took place in Croke Park on Sunday and some mouth-watering ties were thrown up with the all-Ulster tie between Donegal and Monaghan another interesting match.

Limerick, the surprise winners over Meath on Saturday, will fancy their chances of progressing to the third round when they face Kildare, while the final match sees Laois drawn with Down.

The winners of the each match will meet the four beaten provincial finalists in the third round.

The draw for the semi-finals of the Tommy Murphy Cup was also made on Sunday.

The first semi-final sees Antrim take on London, who will be buoyed by their superb extra-time win over Sligo. Wicklow have been drawn against Leitrim.