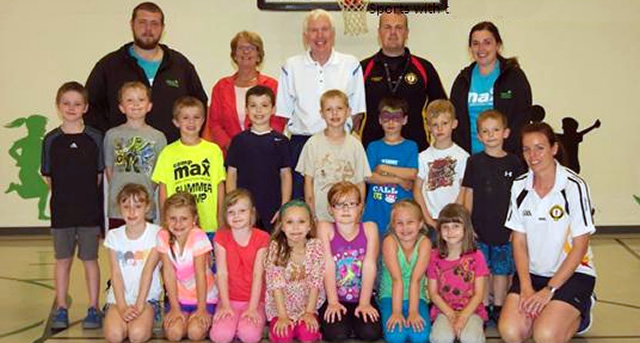 Ulster GAA’s Lisa McAliskey and Ryan Daly led a week’s activity of Coach Development and promotion of our Gaelic games to the communities of Holyroot, Conception Bay South, Mount Pearl and St John’s.

A week’s coaching was delivered to Primary School children from the age of 5–12 to give them a taste of Gaelic games with the hope of creating an interest in joining St John’s Newfoundland. Approximately 220 children received over an hour of Fun activities with the aim of increasing their interest in Gaelic Games through a series of Fun, modified and full games.

Several coaches undertook the GAA foundation award coaching course and by shadowing Lisa and Ryan during the summer camps, they are now in good stead to lead the underage development in the club.

Driving force of the project, Ian Farrell – Youth Officer oversaw the programme and has set his sights on creating school club links, with the aim of starting an underage programme in the area, with a long term goal of competing in North America’s CYC in the not too distant future.

The adult’s hurling squad of St John’s also benefited from the trip, having taken part in two squad sessions, with a focus on skill development through games. Hopefully, the squad will reap the benefits and continue in their development as they prepare for upcoming competition in Halifax.

Canadian GAA Chairman Brian Farmer (Armagh) made the trip to Newfoundland to provide support for the programme. Brian is the front runner in providing and overseeing Newfoundland’s strategic plan with the hope of creating a sustainable future for the club.