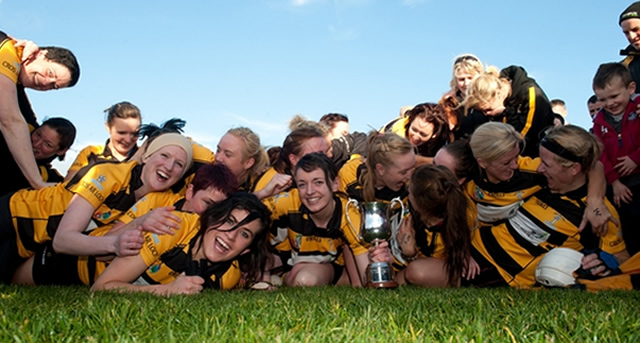 The NWP Recycling Ulster Camogie Club Championships are underway after Loughgiel Shamrocks, Clontibret and Dungannon all recorded victories in the Bridie McMenamin Shield Quarter Finals at the weekend. Last weekend Loughgiel defeated Down Junior champions Castlewellan 2-9 to 0-11 to set up a Semi-Final against Armagh side Derrymacash.

Dungannon defeated Castletara on a scoreline of 5-7 to 2-5 and the Tyrone champions will now face Monaghan side Clontibret after they disposed O’Donovan Rossa Magherafelt 1-18 to 2-11.

The Ulster Junior Championship will begin on 6th October with either Newbridge or Banagher emerging as Derry champions to face Cullyhanna of Armagh. The winners of this game will play the winners of the Antrim Championship which will be settled this Saturday when Ballycastle and St Johns of Belfast meet. Reigning Ulster Junior Champions Crosserlough will play Down side Bredagh in the second Semi-Final on 13th October.

The Ulster Intermediate Championship will be played in a round robin format with Eglish (Tyrone), Liatroim Fontenoys (Down) and Tullysaran of Armagh competing for a place in the Ulster Final on 27th October. Eglish were successful in their first game against Tullysaran on 29th September. Games to follow now will be Liatroim v Eglish and finally Tullysaran v Liatroim on 13th October.

With Senior Championship finals in both Antrim and Derry yet to take place it will not be known who will contest the showpiece game of the NWP Recycling Ulster Club Championships on 27th October. This Sunday at Owenbeg reigning Champions Slaughtneil will face Eoghan Rua in what promises to be a cracking game. In Antrim reigning Ulster Senior Champions O’Donovan Rossa will play Portglenone on either 5/6th October.