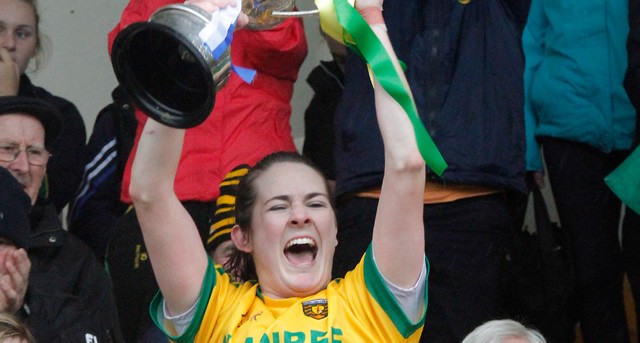 Donegal deservedly claimed their first ever senior championship title at a very wet Clones on Sunday. The Tir Chonnail girls had five points to spare over the holders Monaghan and were excellent value for their victory.

After the first quarter the sides were level at 3 points each, this despite Monaghan being down to 14 players due to the early sin binning of Laura Mc Eneaney. In the second quarter Donegal rattled of four unanswered points before Clare native Fiona Lafferty playing only her second match in the Farney jersey sent over to leave the half time score 0-7 to 0-4 in favour of Donegal.

The girls from the North West then opened an eight point lead early in the second half thanks mainly to Geraldine Mc Laughlin’s first goal a delightful chip over the stranded Linda Martin in the Monaghan nets. The Farney side in fairness responded with a goal of their own through Cathriona Mc Connell from the penalty and a point from the same player left just four between them entering the final quarter. In the 48th minute Geraldine Mc Laughlin scored an absolute peach of a goal which sent the large Donegal crowd wild with excitement. Her effort for a point turned out to be more like a garyowen but the Termon player followed it with pace and got to the ball before Linda Martin and punched to the net. This brought her tally for the day to 2-7 and once again reminded all present what a special talent she is. Ciara Mc Anespie then scored four of the last five points however it was too little too late and Donegal went on secure a famous five point victory.

Up next for the winners is a meeting with either Armagh or Westmeath on 22nd August while for Monaghan it’s a back door game with Cavan on August 8th. 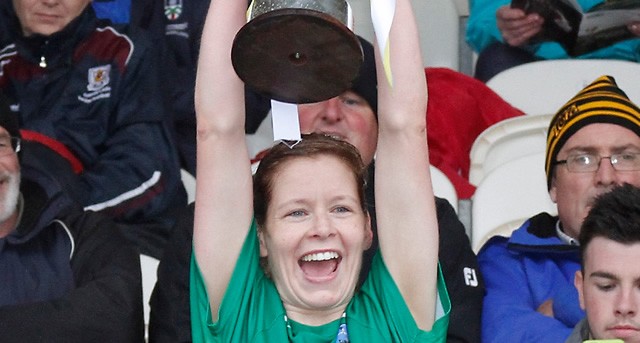 A tally of 3-7 from Fermanagh captain Caroline Little helped her side to their fourth Ulster intermediate crown.

It was Antrim who made the early running and the Saffrons took a two point lead and it was not until the 16th minute before Fermanagh opened their account. In the second quarter we had three goals and a sin binning. Either side of a brace from Caroline Little, Claire Timoney found the net and Paula Matherson received a yellow card (24th minute). Despite their slow start Fermanagh were the happier side at the break and went to the dressing rooms leading 2-5 to 1-4.

Fermanagh were supreme in the second half. Lynne Mc Fredrick and Little added further majors while all Antrim could manage were a couple of points which didn’t arrive until late on. It was no surprise that Caroline Little was named player of the match.

Fermanagh will be back in action on August 22nd against the winners of Offaly and Longford while for Antrim it’s the qualifiers against Wexford on 8th August.