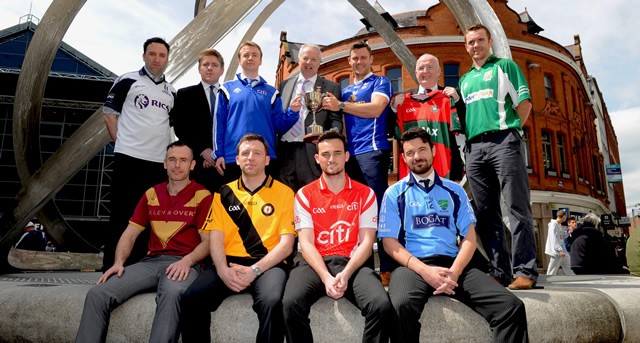 The 2015 Ulster Inter Firms GAA Football competition throws in this Saturday 17th October with 10 firms competing across two blitzes in Garvaghey and The Dub.

This first phase of the competition will be a round robin with all teams in each group playing each other once and the top 2/3 in each group progressing to the second phase.

All teams will be competing for the Ulster GAA Inter-Firms title, with the cup being sponsored by JC May & Co., Belfast.

Any further enquiries with regard the competiton can be directed to martin.kennedy@citi.com