There were wins for Slaughtneil, Pomeroy and the Rock in the AIB Ulster Club Football Championship Finals yesterday. 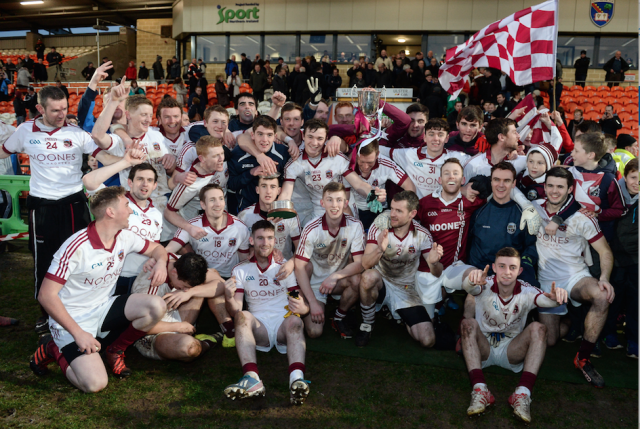 Slaughtneil shrugged off the pressure to complete an unprecedented treble of Ulster senior football, camogie and hurling titles at the Athletic Grounds.

The Derry champions never trailed against Kilcoo, who were chasing an elusive first Ulster SFC crown in today’s final, and strong finishes to both halves helped them win a second provincial football decider in three years.

Slaughtneil settled quickest and raced into a 0-3 to 0-1 lead with Shane McGuigan scoring the first from play in the eighth minute.

Influential Ryan Johnston eased Kilcoo into the game and caused Slaughtneil a lot of problems when he moved into full-forward, having a hand in all their points as they drew level at three points each.

The sides were level on two more occasions in the first half, but Slaughtneil took over in a crucial three minute spell before the break scoring four unanswered points.

Chrissy McKaigue also came up from the back to fist over and a rare poor kickout by the excellent Kilcoo ‘keeper Niall Kane gifted Cormac O’Doherty a score as the treble-chasers romped into a 0-9 to 0-5 half-time lead.

Kilcoo have beaten quality teams like Scotstown on their way to a first Ulster final appearance since the 2012 defeat by Crossmaglen.

They rallied brilliantly in the third quarter with three points on the bounce from Ceilum Doherty, Darragh O’Hanlon and Martin Devlin who split the posts with a quality effort.

Slaughtneil were turned over frequently in that spell with Kilcoo stripping them of possession once they carried the ball into traffic.

The five-in-a-row Down champions weren’t clinical enough in front of goal, however.

Conor Laverty hit a bad wide and with the goal beckoning, Doherty blazed the ball over the bar.
Kilcoo twice got to within a point of Slaughtneil, trailing 0-9 to 0-8 and 0-10 to 0-9, but they couldn’t find the equalising score.

After a wobbly spell in the third quarter, Slaughtneil regained their composure and patiently kept possession, probing for an opening and Shane McGuigan was their chief scorer with 0-5, three from play.
Slaughtneil hadn’t conceded a goal throughout the championship, but Kilcoo came close to ending that run late on when they were two points behind.

Anton McMullan made a superb low save to his left from Eugene Branagan’s low shot and pushed it away to safety after 57 minutes.

Daryl Branagan was blown for over-carrying as he went in search of a winning goal and that was Kilcoo’s last chance gone, with Paul Bradley converting an injury-time free to create history for Slaughtneil. 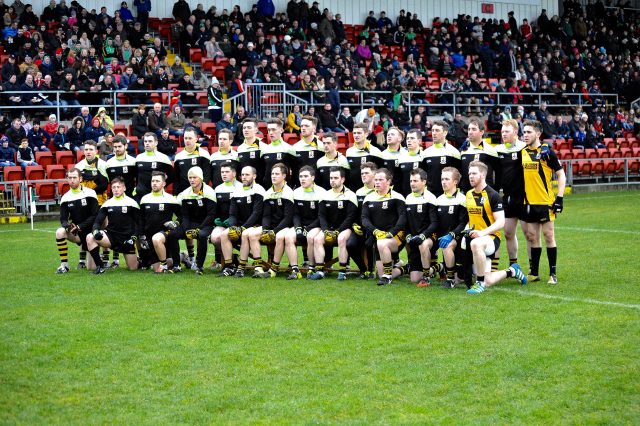 An early goal from Chris Colhoun put Pomeroy on the front-foot, but Donaghymoyne were still in touch at half-time, trailing by 1-5 to 0-5.

Pomeroy were irresistible in the second-half though and a second goal from Frank Burns killed off the Donaghmoyne challenge. 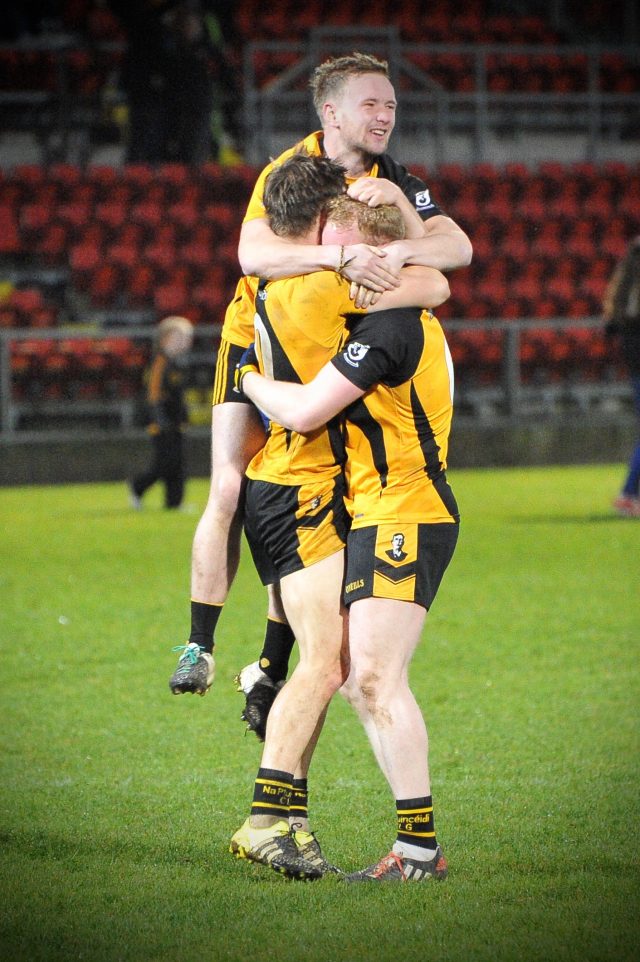 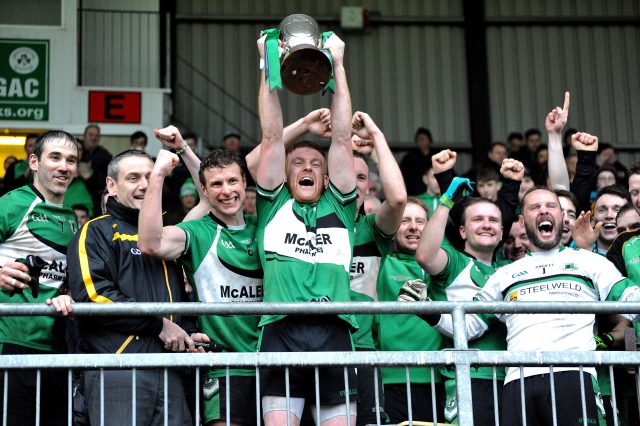 It was the decisive moment in a very evenly matched contest that ended level after normal time when Dermot Daly landed a last-gasp free for Monaghan champions Blackhill.

McGarrity struck his goal early in extra-time, and though Blackhill fought back bravely they couldn’t quite make up the deficit.