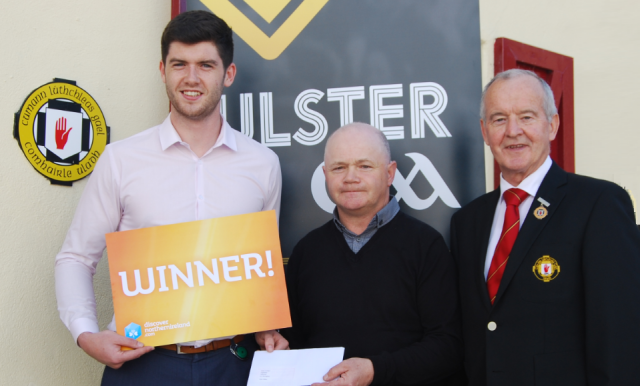 As well as Tyrone Senior and Derry Minor footballers, there was another big winner in the Clones sunshine at the Ulster Football Championships Finals recently.

Austin Corrigan from Scotstown was the luckiest man in the 31,912 crowd as he took home the prize in Ulster GAA’s Golden Ticket initiative.

A special winning ticket was placed randomly inside an official programme early on Finals day, with the prize of a short break to the value of £450 up for grabs, courtesy of our partners at Discover Northern Ireland.

The promotion also ran in the two semi finals for a short break to the value of £250 and 2 Ulster Final Tickets. The lucky winners there were Eddie Crawford, Letterkenny, Co Donegal & Emmett Scullion, Gilford, Co. Armagh

Congratulations to our prize winners and thanks again to all the supporters who attended Ulster Championship games this year.

With the Ulster Championship season now complete, we would encourage all supporters to check out the Discover NI website to uncover more exciting summer adventures – www.discovernorthernireland.com