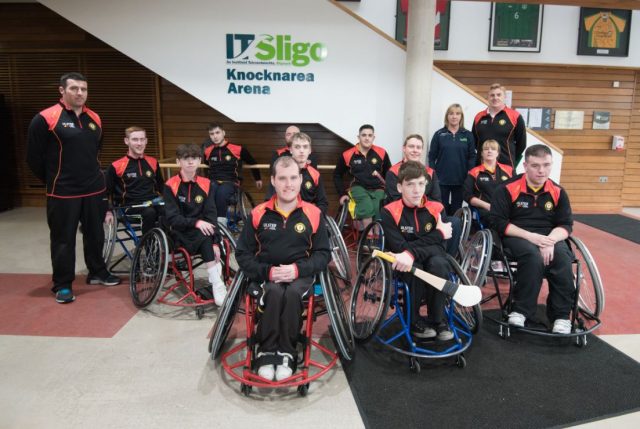 After coming runners-up to Leinster in the National League, the young Ulster side were keen to improve and after a number of training camps at Clonoe Community Centre in Tyrone and Magee University in Derry the team were well prepared going into the games.

Two good wins over Connacht and Munster saw Ulster GAA qualify for the final against the 2017 Inter-Provincial League Champions, Leinster. 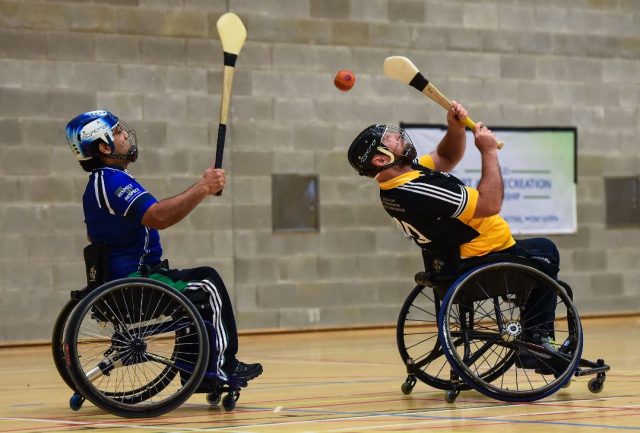 In what was a fiercely contested match, with both defences dominating, the teams were all-square right up to the final minutes. However, it was Leinster who eventually made the breakthrough and went on to win but credit must go to both teams for a great display of skill and determination.

Group Games:
Leinster 5 v Ulster 3
Ulster 3 v Munster 2
Ulster 4 v Connacht 0
Final:
Leinster 3 v Ulster 0
Ulster GAA want to hear from anyone who would like to try wheelchair hurling. If you are interested in attending one of our ‘Have-a-Go’ events, please contact Paul or Shane at the following email addresses – shane.mccann.ulster@gaa.ie OR paul.callaghan.ulster@gaa.ie
https://www.youtube.com/watch?v=QOWdOmJaMWI