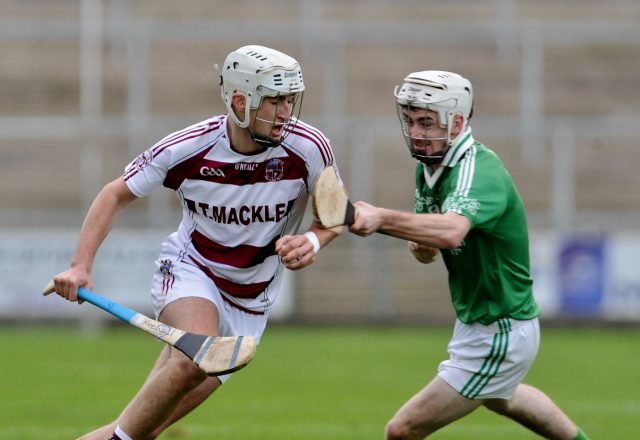 Slaughtneil made it back to back AIB Ulster Hurling Senior Club Championships yesterday with a 12 point victory over Down champions Ballygalget in front of 3,192 spectators at the Athletic Grounds in Armagh.

The Derry men took the lead for the first time after Sean Cassidy’s 13th minute goal and they never really looked like relinquishing their hold on the Four Seasons Cup thereafter. The ‘Galget men did put up some stern resistance however, and it wasn’t really until they were reduced to 14 men after 53 minutes, that Slaughtneil began to stretch out to take a comfortable victory – Cormac O’Doherty drilling home the resultant penalty.

Gareth Johnston’s presence caused problems for Slaughtneil around the square and his free taking kept Ballygalet in touch throughout as he ended the day with 0-8. For the victors, O’Doherty’s accuracy was unerring as he finished with a personal tally of 1-10, all from placed balls. Final score Slaughtneil 2-21 Ballygalget 1-12.

In the Intermediate Final in Corrigan Park, a last minute injury time goal from Martin Maguire snatched victory for Middletown over Lavey of Derry.

The Armagh champions sped to an early 1-5 to 0-1 lead, thanks to a Cathal Carvill goal, but were gradually pinned back by Lavey, who led 1-8 to 1-7 at half time – their goal from Colm Murphy. For long periods of the game it looked like the Oak Leafers would be taking the trophy back up the M2, Paddy Henry leading the way with an overall tally of 1-11 for the day, including an early second half penalty.

Ryan Gaffney however, was also in fine form from placed balls and ended the day with 0-9 for the Orchard County men as they withstood a late Lavey fightback after Maguire’s goal to run on winners on a 2-16 to 2-13 scoreline. 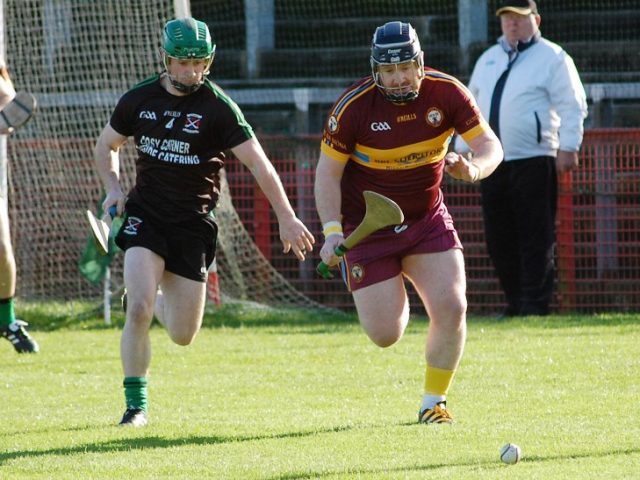 Despite falling behind to a fortuitous early goal from a sideline ball, Setanta recovered to lead 0-10 to 1-3 at half time and put on a powerful second half display to pull away for a 14 point victory.

Declan Coulter hit the back of the net early in second half as the Donegal men defended superbly to ease to the finish line and now look forward to a final showdown with Derry’s Na Magha. Final score Setanta 1-20 Gort na Móna 1-6.