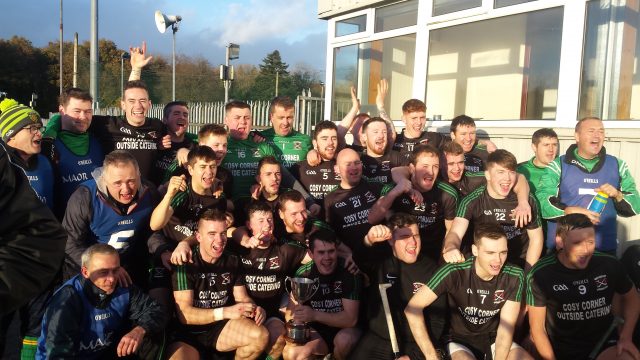 Setanta are the 2017 AIB Ulster Junior Club Hurling Champions after they defeated Na Magha of Derry 2-17 to 3-11 at MacCumhaill Park, Ballybofey.

This is the first Ulster Junior Club Hurling title for the Donegal club after losing two previous finals.

After a strong start, Setanta led by nine points with a scoreline of 1-06 to 0-00 at the end of the first quarter.

A determined Na Magha battled back however, reducing the deficit to just three points with 1-07 to Setanta’s 1-10 at the half-time whistle.

Despite this resurgence, the Derry side were always playing catch-up. Two second-half goals courtesy of Alan Grant and Deaglan Foley failed to give Na Magha the edge over their Donegal counterparts.

Following an exciting exhibition of hurling where both teams gave it their all, the day was to belong to Setanta who claimed the Ulster Junior Club Hurling championship with a full-time result of 2-17 to 3-11.