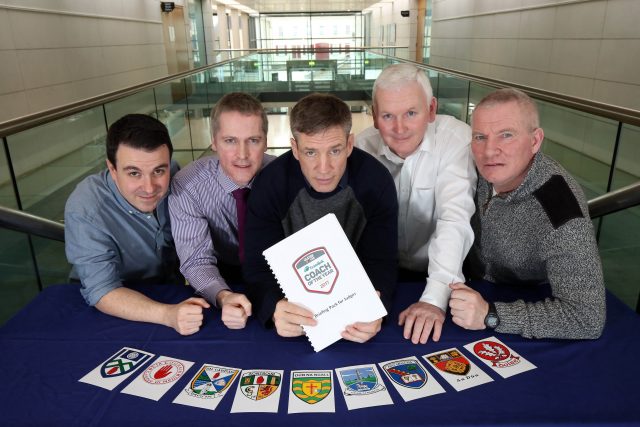 Translink and Ulster GAA have released the names of the nine coaches shortlisted in the Translink Ulster GAA Coach of the Year Awards. Members of the public are now being called upon to get behind the finalists and vote to decide who the overall winner will be.

The initiative, which is designed to recognise those club coaches who demonstrate exceptional commitment to the teaching and development of Gaelic games, saw dozens of clubs from across every county in Ulster submit entries.

Following a public call for nominations, an expert judging panel including All-Ireland Champion and Armagh Football Manager Kieran McGeeney and Irish News Sports Correspondent, Neil Loughran, had the difficult task of selecting one person from each county to go through to the online public vote. The winner will receive free coach travel for one year for their club team and specially commissioned Coach of the Year gear.

Encouraging people across Ulster to show their support for the shortlisted coaches, Translink’s Sean Falls said:

“This is the first year of this award and the standard of nominations we received was exceptional, so whittling the list down to just nine was a tough task for the judges. It was clear from the entries that GAA clubs in communities across the province would not exist without the countless hours which unsung heroes such as these volunteer behind the scenes. It is wonderful for Translink to have the opportunity to help honour them in this way. Whichever club or county you’re from we encourage you to show your support for our finalists by voting for the person you think is most deserving of the honour.”

”We have been delighted with the level of responses to our new Coach of The Year Award, in partnership with Translink. Our coaches play a really central role in the development of our GAA players and we are delighted to recognise the nine shortlisted coaches from right across the province of Ulster. I would encourage our counties & clubs to get online and have their say by voting for their overall stand out coach.”

Voting for the Translink Ulster GAA Coach of the Year is now open at ulster.gaa.ie/coachoftheyear.  Voting closes at 11.59pm on Sunday 19th November.