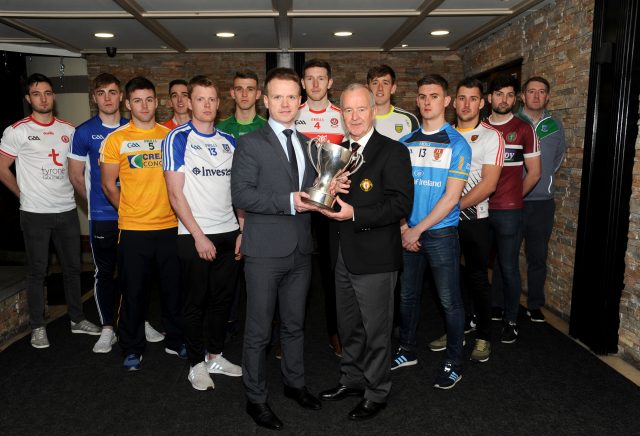 The official competition launch and draw for the 2018 Bank of Ireland Dr McKenna Cup took place on Thursday last at the Balmoral Hotel, Belfast.

Players and management team members from each of the competing nine Counties and three College teams attended the draw along with a large media turn-out.

The entire event was streamed live on the Ulster GAA Facebook page via Linwoods Armagh TV. 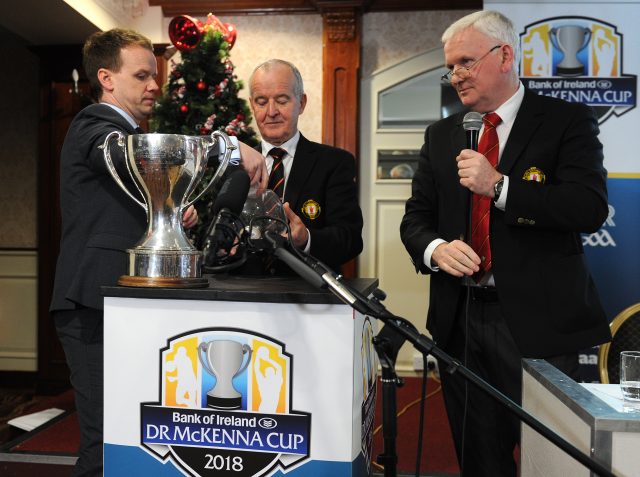 The draw was conducted by Ulster GAA President Michael Hasson and Sean McGrattan on behalf of competition sponsors Bank of Ireland The draw was as follows:

More photos from the launch can be viewed at goo.gl/bAmGBb