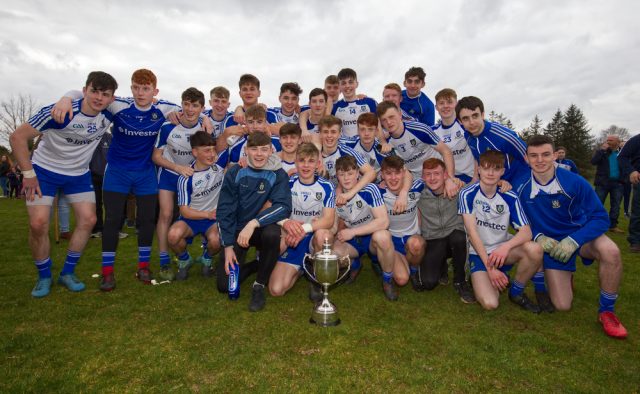 The Ulster GAA Football Jim McGuigan Minor Cup and Shield Finals took place in April. Monaghan turned on the afterburners in the second half to blow Donegal away in the final of the Jim McGuigan Minor Cup Final in Drumragh. Played in perfect conditions and at a very high tempo at the Tyrone venue, a goal in each half from Jason Irwin and Loughlin Power helped secure victory in a fine display by the Farneymen.

The Jim McGuigan Minor Shield Final was held at the Antrim GAA Centre of Excellence in Dunsilly where Derry faced Down. A first half goal had given Down a four-point advantage at the interval, but a Shea Murray goal midway through the second half narrowed the gap. Star forward Enda Downey levelled for Derry in injury time, but they were unable to sustain that effort as Down struck for two goals in extra time to claim the Shield.

Neither Derry or Monaghan had time to dwell on those results as seven days later they met in the Preliminary Round of the new look Electric Ireland Minor Football Championship. The Championship now offers a second chance for sides who lose a game up to semi-final stage, and the opening game at Celtic Park set a high standard for those following. It was Derry who emerged as winners, but they needed extra time to shake off a stern Monaghan challenge.

That set up a Round 1 trip to Kingscourt where they would face Cavan, and for the third week in a row faced extra time to determine the winner. Indeed, extra time failed to separate both sides and a further period of extra time was needed before Jack Trainor emerged as the Cavan hero, firing over to claim victory by the minimum. 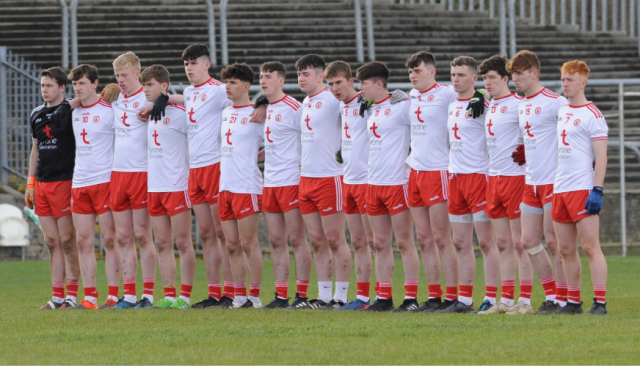 Elsewhere in Round 1, Down also needed extra time before seeing off neighbours Armagh by three points, 0-11 to 0-08. Fermanagh pair Achlin Ó Cathain and Oisín Jackson both raised the green flag on their way to victory over Antrim, 2-08 to 0-08. But arguably the best performance of the weekend came from Tyrone who travelled to Ballybofey and rattled five goals past the home side to run out comfortable winners by 14 points.

The Ulster GAA Football U16 Buncrana Cup semi-finals took place in recent weeks, and it will see a repeat of the 2017 final with Donegal and Tyrone comfortably making it through their respective games. Donegal had found themselves four points down early in the first half against Monaghan but rallied with a goal and a point before half time to go in level at the break. Monaghan regained the lead on the restart but that was to be their last score as Donegal ran out convincing winners, 4-10 to 0-08. Tyrone were equally impressive in their dismantling of Derry at Healy Park, running in six goals on their way to a 6-19 to 0-06 win.

Group H of the Bank of Ireland Celtic Challenge has concluded before the knockout stages later in the summer. Down topped the table with five wins from five and some great performances throughout. Derry recorded victory over Antrim in the final game to seal second spot and demote the Saffrons to third, while Armagh hit three goals in their victory over Tyrone. 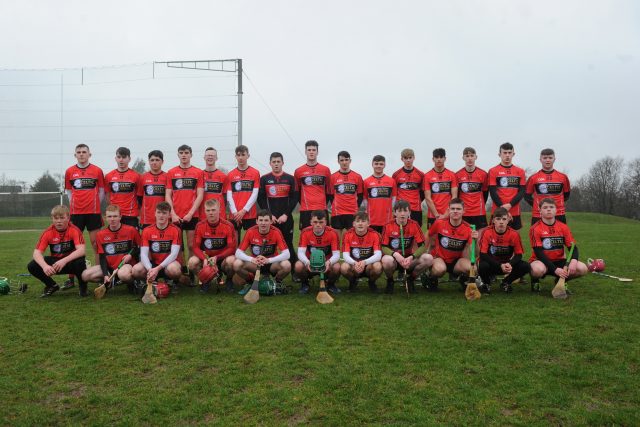 Danske Bank Ulster Schools competitions are reaching the concluding stages for the year. Aaron McGrath was the star of the show for Holy Cross Strabane who lifted the McAvoy Cup after a thrilling final against Lismore Craigavon. St Patrick’s Cavan capped a memorable year with victory of their namesakes from Maghera in the D’Alton Cup final to claim their third schools title of the year, thanks in no small part to 1-9 from sharpshooter Darragh Lovett. Dean Maguirc Carrickmore lifted the O’Hara Cup and St Joseph’s Donaghmore overcame neighbours St Ciaran’s Ballygawley in the final of the Irish News Cup. 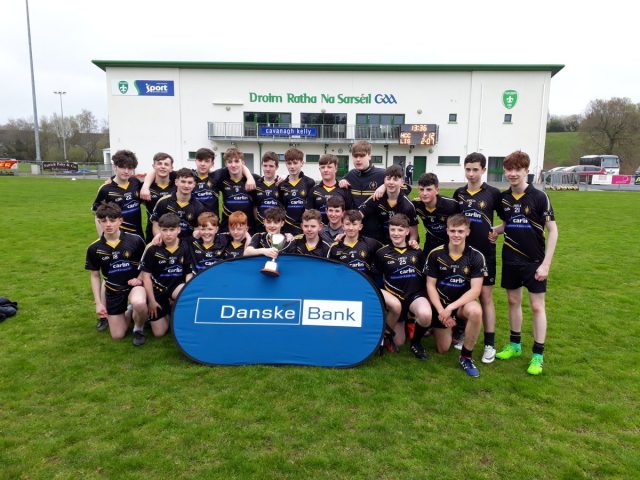 Latest fixtures and results can be found at https://ulster.gaa.ie/fixtures-and-results/