Home / Donegal advance to the Ulster final with victory over Tyrone 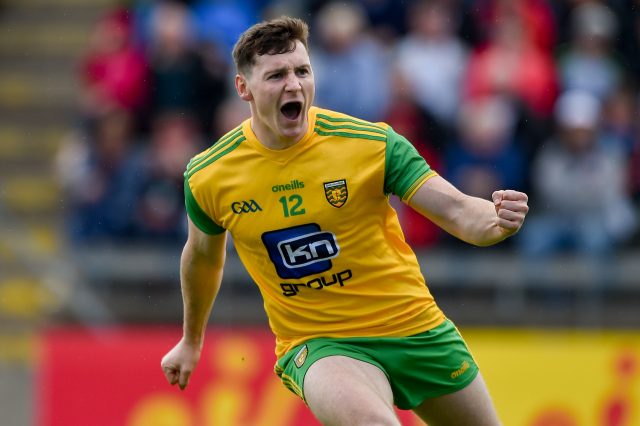 A Jamie Brennan goal in the opening minutes of the game proved crucial for Donegal as they advanced into the Ulster Senior Football Final for 2019, winning 1-16 to 0-15.

Declan Bonner’s side never relinquished their lead after Brennan struck for goal. The wing forward went on to add three point in the first half to give Donegal a brilliant platform for success.

He was ably assisted by Michael Murphy and by Patrick McBrearty over the course of the game. Murphy would kick 0-5  on his way to the man of the match award.

Tyrone struggled in the first half, not helped by a black card for Peter Harte. They would trail at the interval 1-9 to 0-5.

While Tyrone threatened a second half comeback, they never looked like getting back on terms. Darren McCurry threatened when introduced from the bench but all Donegal’s big players stood up for them.

They now advance to the Ulster final on June 23rd.