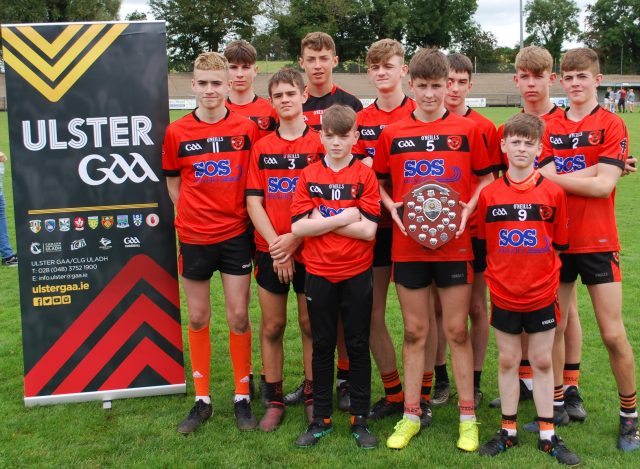 Lavey claimed the Ulster Óg Spórt U15 Championship title for the second time in three years after defeating the Donegal Champions Glenfin by 3-09 to 1-05 in the Final.

It is the third year in a row that a Derry team have emerged overall winners of the prestigious annual blitz competition which brings together the 7-a-side champions from each county.

With ideal playing conditions in Bellaghy on Saturday, the day developed into a superb display of skills from all competitors.

Both finalists had tough semi-finals with Lavey defeating Ardboe of Tyrone and Glenfin beating Clann Eireann of Armagh to earn their final spots.

The decider was a thrilling encounter with Lavey taking a three point lead at the interval, eventually finishing the strongest to take the top prize.

The Plate competition was won by Tyholland, Monaghan who defeated Newtownbutler, Fermanagh in a very entertaining final by 4-04 to 2-06. 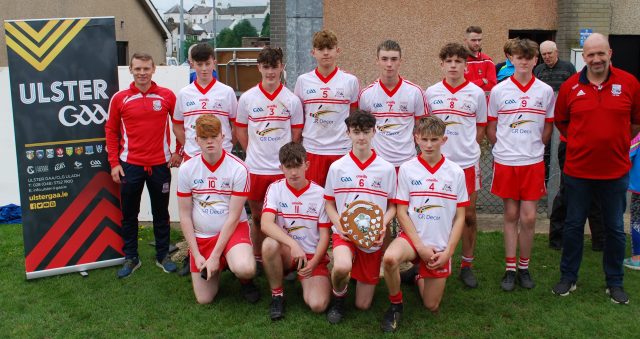 Ulster Council Vice-Chairperson Ciaran McLaughlin was in attendance to make the presentation to the victorious teams.

Ulster GAA would like to pay particular thanks to Bellaghy GAA for their help and assistance in hosting this event.