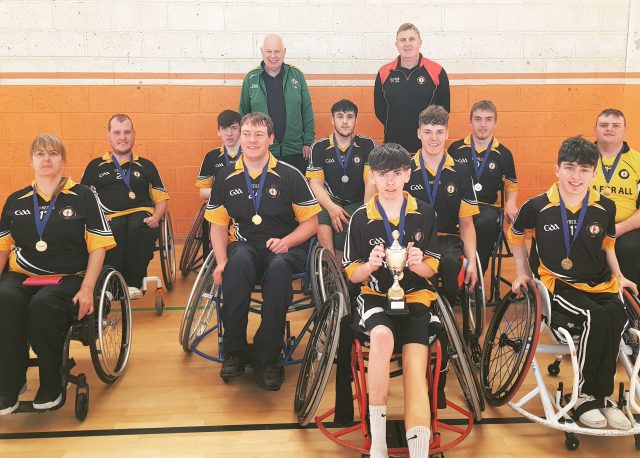 The victory marked the end of a tremendous week for the team following the announcement on Wednesday that they had won Best Sports Project at the National Lottery Awards.

The Ulster Team travelled to the current home of the Liam Mc Carthy Cup to compete in the final league games of the season with all four Provinces in contention to win the title on the last day.

Ulster started well by beating Connacht 5-2 and then drawing 3-3 with Munster.

The last game was against the current champions Leinster with Ulster needing a draw to bring the cup home. Ulster took a 1-0 lead into the break. Leinster scored with two minutes to go to make a very tense ending to this thrilling game but Ulster held on to be crowned All-Ireland Champions.

Comhghairdeas to all of the team!