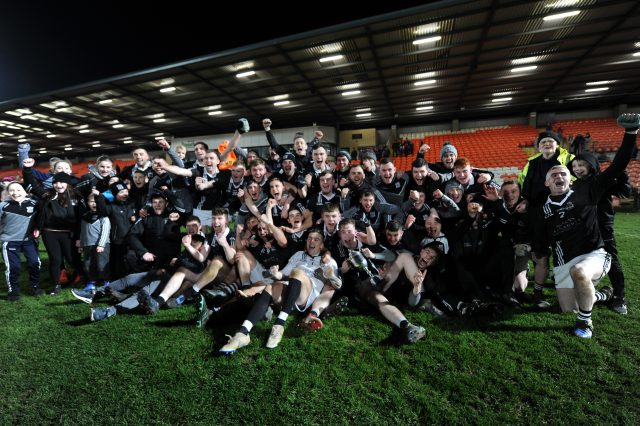 Magheracloone Mitchells were crowned AIB Ulster Football Intermediate Club Champions for 2019 as they overcame Galbally 1-15 to 0-13 at the Athletic Grounds.

The Monaghan champions established a lead midway through the first half and held the Tyrone men at arms length for most of the contest.

The crucial score arrived 10 minutes from time when Padraig McMahon finished to the net for Magheracloone to open up an unassailable 1-13 to 0-10 lead. McMahon would finish with 1-4 to his name, while veteran Tommy Freeman 0-4.

Galbally began the better of the two sides and raced into a 0-3 to 0-1 lead. By half-time however it was Magheracloone who led by two, 0-8 to 0-6, McMahon, Freeman and Gavin Doogan among those on target, Daniel Kerr and Liam Nugent on target for Galbally.

The sides exchanged scores with the gap maintained for much of the second half before McMahon struck to goal and all but guarantee the Monaghan men victory.

Galbally closed the gap to three once more but McMahon and Allan Kieran sealed the win with late scores.