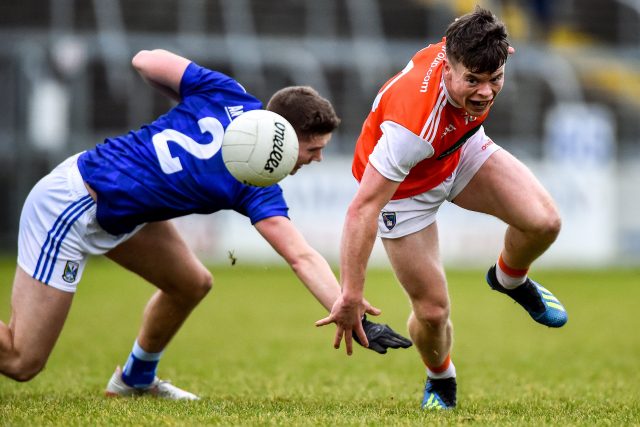 There were opening day victories for Armagh, Down and Monaghan as the Bank of Ireland Dr McKenna Cup got underway this afternoon.

The highest scoring game of the day was in Kingspan Breffni as Armagh and Cavan went head-to-head.

Debutant Conor Turbitt proved the hero of the day for the Orchard County as he scored a goal either side of half time to help Kieran McGeeney’s side to a comfortable 2-17 to 1-13 victory.

Martin Reilly scored the Cavan goal from the penalty spot early on but by half time Armagh led 1-14 to 1-7.

In Enniskillen things were much cagier, especially in the first half, before Down exerted control to get the better of Fermanagh 1-11 to 0-7.

Liam Kerr popped up with the goal for the Mourne men late on to ensure that Ryan McMenamin’s first game in charge of the Ernesiders was a disappointing one.

There were two new managers in charge at Inniskeen as Seamus McEnaney’s Monaghan and Rory Gallagher’s Derry did battle.

It was Monaghan who raced into an early lead with Aaron Mulligan finding the net to give his side a 1-3 to 0-0 lead.

Derry got right back into the game however and by the break they led 0-8 to 1-4 with the help of four Ryan Bell frees.

It was nip and tuck for much of the second half before a late scoring burst from Aaron Mulligan helped the Farney men over the line as they won 1-17 to 0-14.