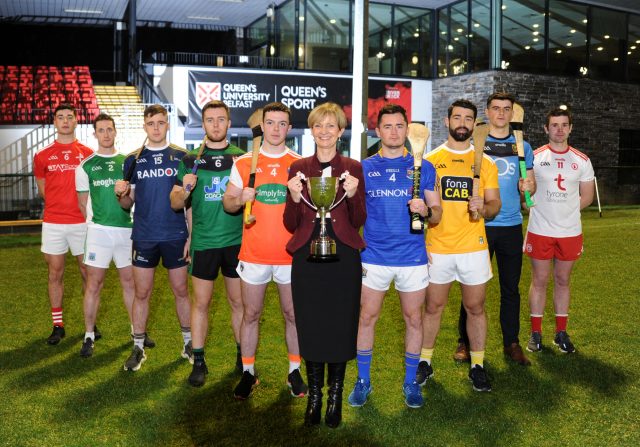 There were opening day Conor McGurk Cup victories for Armagh and Queen’s University on Sunday as they saw off the challenge of Longford and Louth respectively.

At the Clones Peacelink Armagh opened up a half time lead against Longford, who are competing in the McGurk Cup for the first time. They led 3-6 to 1-2 at the interval and maintained this lead in the second half as they raced out 3-11 to 2-4 victors.

Meanwhile at Queen’s Sport Upper Malone (the Dub) the hosts had too much for Louth in a high scoring encounter. Queen eventually emerged 4-23 to 3-14. See highlights of the game below.

See an interview with @QueensGAA Hurling Manager Ollie Bellew after the opening game of the Conor McGurk Cup against Louth at the Dub today! @louthgaa @JeromeQuinn pic.twitter.com/kEVKIXF4be

This week there are four games down for decisions in the 2020 Conor McGurk Cup. Tomorrow (Tuesday) Antrim play Armagh at the Dub with throw-in at 7.30pm.

On Wednesday, the holders Down play Ulster University at 8pm in Jordanstown in a repeat of the 2019 final.

On Saturday, meanwhile there are two games to be played with Louth and Tyrone set to meet at the Dub at 1.30pm, while Ulster University and Fermanagh meet at the same time in Jordanstown.