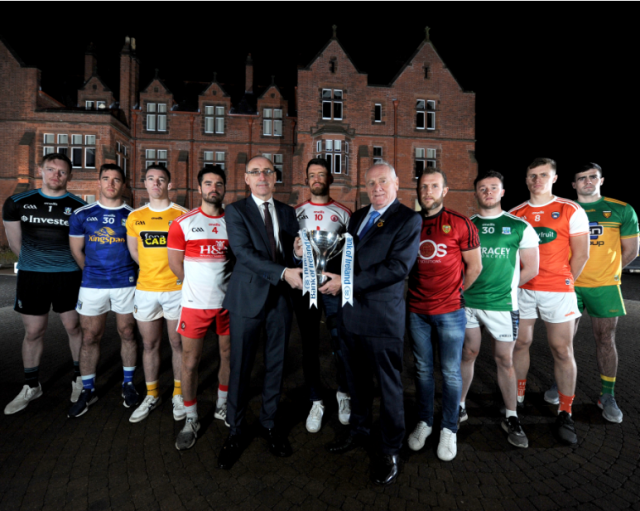 Players and officials from each of the competing nine counties attended the draw along with a large media presence.

The draw was conducted by Ulster GAA President Oliver Galligan and Terry McCrudden, on behalf of competition sponsors Bank of Ireland.

“The Bank of Ireland Dr McKenna Cup gives our county teams the opportunity to get back to much needed competitive action ahead of the National League.

‘‘Our supporters also enjoy getting back out to follow their teams after the inter-county off-season. Over 45,000 supporters attended our games last December and January and we expect another series of exciting matches in the 2020 competition.”

“We’re delighted to sponsor the Bank of Ireland Dr. McKenna Cup for another year and see our partnership continue to go from strength to strength.  Our purpose as a Bank is to help our customers, colleagues and communities to thrive, and so we recognise the importance of supporting everyone involved in making a competition like this so successful. We’re looking forward to another exciting season of competition fixtures between the Counties. We wish everyone taking part the very best of luck!”

The draw was as follows: