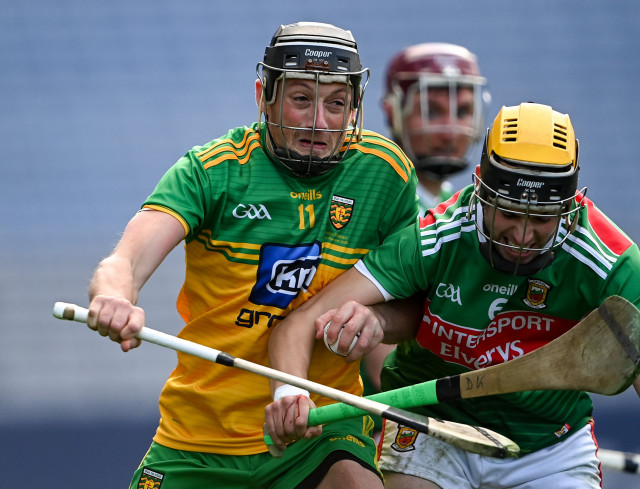 Six hurlers from Ulster have been selected on the 2020 GAA/GPA Champions 15 team for their displays in the 2020 Christy Ring, Nickey Rackard, and Lory Meagher Cup competitions.

Christy Ring Cup finalists Down earned two positions on the team, goalkeeper Stephen Keith and full back Caolan Taggart, as the Mournemen were beaten in the final by Kildare.

Donegal’s triumphant Nickey Rackard campaign saw them pick up two awards for Danny Cullen and Séan McVeigh, with Cullen winning the accolade for Nickey Rackard Cup Player of the Year. Donegal defeated Mayo in the final to win the cup at Croke Park last December.

Tyrone’s Damian Casey was also selected for his stellar performances for the Red Hands in the Rackard Cup, while Fermanagh’s Conor McShea picks up an award for his displays on their route to the final of the Lory Meagher Cup.

Congratulating the winners, Uachtarán CLG John Horan said: “This is a great honour for the players chosen and for their families and clubs who they represent. These awards will be a reminder of the lengths all our players went to for our benefit during the tough year that was 2020.”

Paul Flynn, CEO of the GPA, added: “First of all, I want tto take this opportunity to thank all the players who competed in the Christy Ring, Nickey Rackard and Lory Meagher Cups in 2020. In very challenging times, you helped give fans of our games all over the country something to look forward to and discuss on a weekly basis and that should not be underestimated. My warmest congratulations to the 15 players who have made the Champion 15 and to Paul, Danny and Andrew on being named as Players of the Year in your respective competitions. You are all very deserving winners.”

The selection process for the GAA/GPA 2020 Champion 15 included player and coach feedback and was finalised by an independent selection committee of journalists and referees.

A special programme to honour the GAA/GPA Champion 15 will be featured on RTÉ 2fm’s Game On programme this Wednesday evening from 6pm. 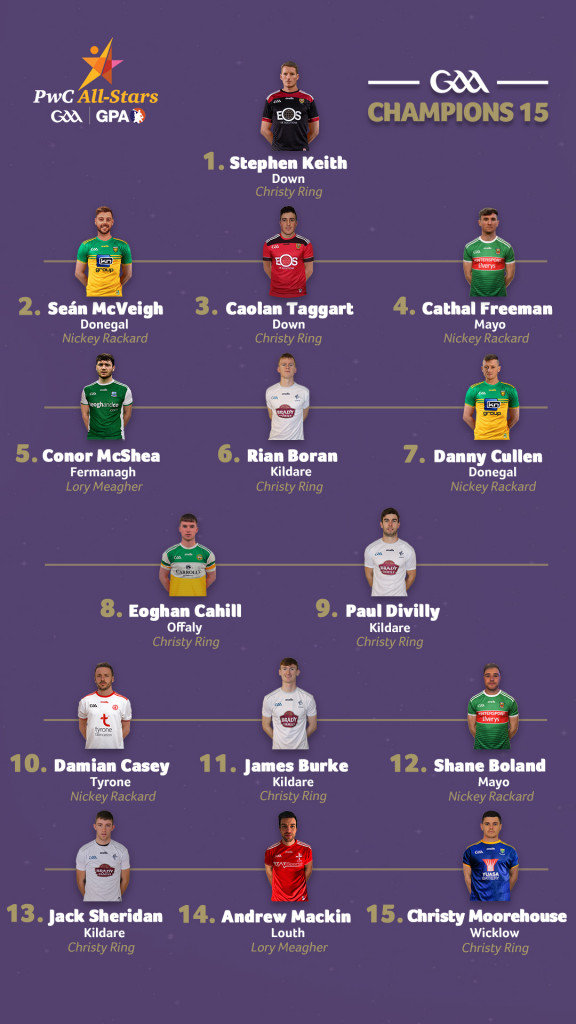