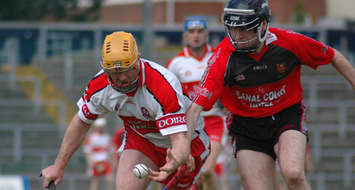 Tyrone manager Mickey Harte has made a couple of changes to his side as they look to grab a vital win over Laois in Saturday’s National Football League Division One game in Omagh.

Having been beaten last time out by Galway, Harte has decided to reshuffle his back line with Martin Swift missing out altogether. Justin McMahon comes in in Swift’s place and will start at full back as Conor Gormley moves to his preferred position just in front of McMahon.

Donegal boss Brian McIver has recalled Rory Kavanagh and Michael Hegarty to the side for their Allianz NFL Divison 1 clash with table toppers Galway at Ballybofey on Saturday.

Kavanagh, back from suspension, comes into the side in midfield alongside Neil Gallagher. Martin McElhinney is the man to make way as Kevin Rafferty moves to the half forward line.

The only other change form the side that was edged out at the death by Kildare two weeks ago sees Hegarty replace Christy Toye.

With The Farney men heading into a top-of-the-table clash with Paul Caffrey’s side, boss McEnaney has kept faith with the XV who edged Armagh last time out.

Dermot McArdle continues at left corner back in the continued absence of Colm Flanagan, while Conor McManus, who is set to captain the county’s U21 side when they face Donegal in Monday’s championship opener, starts at number 10.

The full forward trio of Rory Woods, Raymond Ronaghan and Tommy Freeman all start again, despite each being replaced during the win over The Orchard County.

Roscommon boss John Maughan has made just one change to his side for Sunday’s crucial National Football League Division Two encounter with Armagh at Crossmaglen.

With neither side firing on all cylinders, Sunday’s game will play a crucial role in the final make-up of the league table and after losing to Cork last time out, Maughan has altered his side, albeit not in a revolutionary manner.

The only change sees David Keenan called in to start at left half back. Keenan’s inclusion sees Seanie McDermott moving to left corner back with Adrian Murtagh the man to drop out of the XV that started the Kiltoom defeat to Conor Counihan’s Rebels.