Home / Social Initiative Take Off across the Country 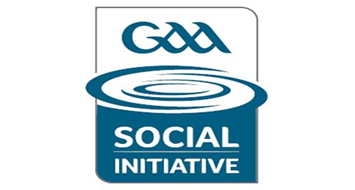 Year 2 of the GAA Social Initiative was launched at a recent seminar held in Croke Park.  Over 150 new and existing Clubs were in attendance and all received a wealth of information on how to progress the Initiative within their Community and with the support of external partners.

Prof. Eamonn O’Shea opened proceedings with an insightful address on Isolation and how the GAA’s Initiative is impacting on the lives of so many older people who would traditionally have drifted away from community life.

A series of presentations followed by a range of related professional bodies, showcasing examples of partnership work and innovative ideas on how to progress the Initiative beyond merely Social outlets.

Over lunch delegates were entertained by the Glen Rovers (Cork) Male Voice Choir which was formed as a direct result of the Social Initiative, who provided a truly inspiring and enjoyable delivery.

Perhaps the most motivating aspect of the day were the addresses from Social Initiative Clubs, who shared stories of events, activities and workshops which have taken place across the Country.  These examples were certainly testimony to the great work which is going on and provided new Clubs with plenty of ideas on how to get the programme up and running.  An address from Anita Brannigan, Clonduff GAA (Down) reflected some of the excellent work the Club has undertaken in the Social Initiative and was a fine example of the progress the Ulster Clubs have made in the past year.  All Clubs who have been active were awarded with Certificates for their efforts which are sure to hang with pride in Clubrooms.

Social Initiative Project manger Sean Kilbride and President Elect Liam O’Neill brought a great day to an end and in doing so signalled the start of Year 2 and plenty more exciting work!