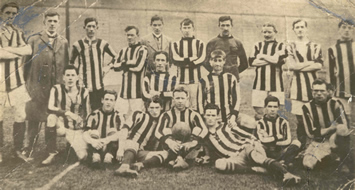 Comhairle Uladh CLG / Ulster Council GAA is pleased to announce an event to celebrate one of the most distinguished set of players in Ulster Gaelic games history, in the Titanic Building, Belfast, on Thursday 29 November. The ‘titanic’ Antrim football teams, which uniquely played in two separate All-Ireland football finals in 1912, warrant special recognition, on the occasion of the centenary of their achievements, for reasons such as the following: 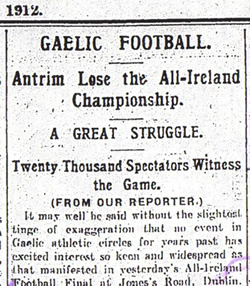 In order to facilitate the presentation of medals to family representatives, relatives of the players listed below are requested to contact 028-37517180 or 07435-769095 or donal.mcanallen.ulster@gaa.ie urgently:

Anyone else who wishes to attend is requested to make contact at the above numbers or address by Thursday 15 November, as space is limited.