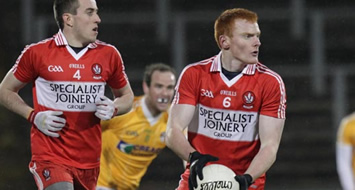 Comhairle Uladh CCC have confirmed the venues for the upcoming Cadburys Ulster Under 21 Football Championship Semi Finals are as follows:

Both ties are set up to be intriguing encounters as Cavan are seeking to collect The Irish News Cup for the third consecutive year.
Donegal had a comfortable victory over Tyrone in the quarter finals and they will be looking to retain the title that they last won in 2010.
Derry have a relatively young side with a lot of last years minor team on board while Down are notoriously strong at this level.

The final is scheduled to take place on Wednesday 10th April.