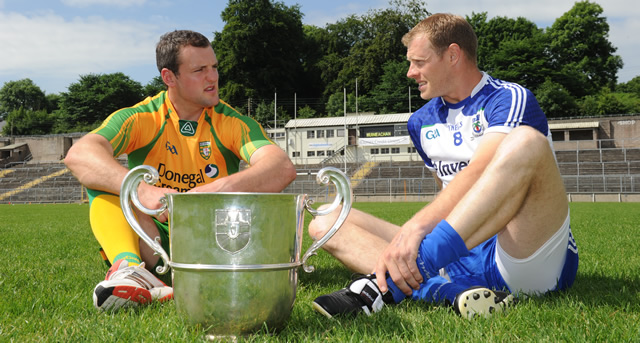 Ulster GAA is on course for a 32,000 capacity crowd in Clones on Sunday for 2013 Ulster GAA Football Championship Final. A small number of tickets are still available online at participating Centra and Supervalu stores for anyone who has not yet secured their ticket.

Monaghan will be hoping to do the double, with both their minors and seniors competing for the coveted Ulster Titles but they will be up against Tyrone (in the minors) and Donegal (in the seniors) who will also be determined to lift the respective cups.

The atmosphere is expected to be thrilling, with 32,000 hopeful supporters cheering on their teams in a sun drenched Clones.

Ulster GAA are urging supporters to be mindful of the incredible weather conditions as it may prove challenging for some. Ulster GAA President Martin McAviney said, “We expect Clones to be alive on Sunday with plenty of colour, cheer and action on the pitch. It’s going to be a magnificent family day out but the heat and intensity of the game could prove too much for some and we’re asking all our supporters to come prepared for this incredible weather.

“Ulster GAA are pleased to work with our partners Cancer Focus to provide sun screen to all our patrons who wish to avail of it for free. The sun cream will be available at Programme Sales areas of throughout the ground. Supporters should also be prepared and wear suitable clothing and a hat, and drink plenty of water, which will widely on sale in the stadium.

“We also urge all supporters to take plenty of time to get to the match and to come early, especially to allow time for the long walk to the ground in Clones town.”

“We will have a full house at this all-ticketed game and there will be no tickets available to purchase in Clones. Anyone who has not yet secured a ticket should log onto www.gaa.tickets.ie as there is only a handful of tickets left.

“We have no doubt the 2013 Ulster Football Championship Final will be a great day out and we wish all competing teams well in their quest to become Ulster Champions 2013.”