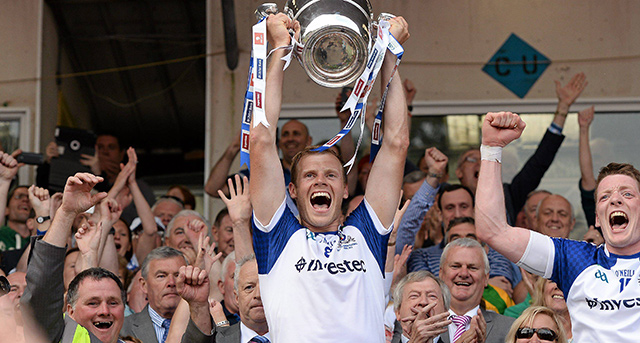 Monaghan enjoyed the greatest ever day in their GAA history on Sunday as they defeated Donegal in the Ulster final, with their minors having won their own final against Tyrone earlier in the day.

It’s a first Ulster senior title for Monaghan since 1988, and they were absolutely immense in Clones as they outclassed Donegal from start to finish, beating them in terms of intensity and workrate, and most importantly, on the scoreboard.

The All-Ireland champions had no answer to Monaghan’s power, pace and desire. It took them 30 minutes to score in the game, they only managed three points from play in the entire 75 minutes, and trailed from the first minute until the last.

For Monaghan, this was a true red-letter day. Today was the first time Monaghan ever achieved the football double in Ulster. With the Farney County’s fans having witnessed the minor triumph earlier, they probably couldn’t believe their eyes as their senior players swept past Donegal with such swagger and confidence. They march on now to the All-Ireland quarter-finals, and today’s glory may not be the summit of their ambitions in 2013.

A remarkable first half of football came to an end with Monaghan leading 0-5 to 0-2. Malachy O’Rourke’s side completely stymied Donegal from the first minute, and dramatically upset the form book.

They made a rip-roaring start up front, and lead 0-4 to 0-0 after just eight minutes. Darren Hughes got them off the mark with a fine score, and then frees from goalkeeper Rory Beggan and attacking dangerman Conor McManus extended the lead to three.

Padraig Donaghy sent over a superb score shortly afterwards, and the Monaghan fans in Clones were thrilled as their side took a firm grip on the game. That was the last score for over 20 minutes though, as the game developed into an enthralling tactical battle of remarkable physical intensity, speed and power.

Donegal were unable to cope with Monaghan’s disciplined tackling and furious intensity around the middle, and a difficult start for Jim McGuinness’s side had been compounded when Mark McHugh was forced off with an ankle injury after 10 minutes.

The spell without scores – from minutes 9-29 – was characterised by brilliant Monaghan defending. They kept forcing Donegal wides, and they seemed to rattle the All-Ireland champions, something which was highlighted by some uncharacteristic Colm McFadden wides.

McFadden finally got Donegal off the mark on 32 minutes, following a second free from McManus, and when Frank McGlynn pointed for Donegal just shy of half-time, it gave them some hope ahead of the second half.

Monaghan made a great start to the second period though, and almost had the ball in the net minutes after the restart, only for half-time substitute Ryan McHugh to make a dramatic clearance on the line. Kieran Hughes managed to knock over a point though, and Monaghan regained their four point lead.

Hughes was brilliant throughout, but never moreso than in the early stages of the second half. He followed up a fine score from McHugh with two more points of his own to edge Monaghan 0-8 to 0-3 ahead with 47 minutes played.

Donegal were gaining a foothold at midfield through Neil Gallagher, but Monaghan’s tackling was still stifling them in attack, and with McFadden in particular off-colour for them, Monaghan remained five ahead going into the final quarter, with an inspirational point from Dessie Mone making it 0-9 to 0-4.

Two McFadden frees kept Donegal in touch, but Monaghan had an answer to every Donegal advance and when McManus knocked over a pressure free on 63 minutes, Monaghan went five clear again and the title was beginning to look like theirs.

They put a firm grip on the trophy in the closing minutes, and saw out the victory with real style and composure. Substitute Christopher McGuinness fired over with injury-time looming to keep Monaghan five ahead, and fittingly, substitute and former All Star Tommy Freeman fired over the final point of the game in injury-time for Monaghan to wrap up the historic victory.

The final whistle sparked dramatic scenes of celebration in Clones, as Monaghan savoured their special day. For Donegal, they now meet Laois in the Round 4 qualifiers, with their hopes of retaining Sam Maguire badly damaged by today’s result. 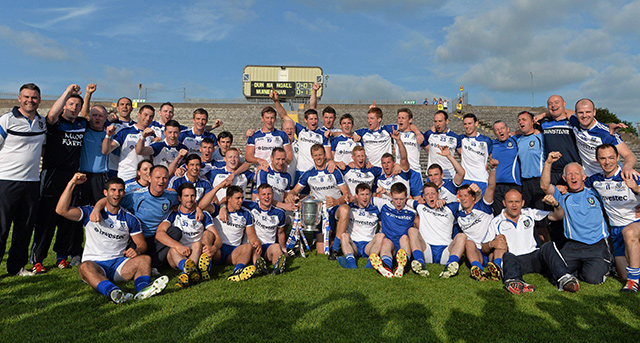