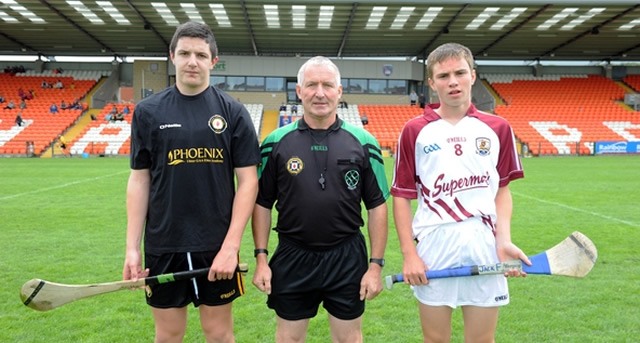 The annual hurling development initiative between Ulster and Connacht took place this month in the Athletic Grounds, Armagh where three games were played.

The first game was between an Ulster U16 side who played out a 2-15 to 2-15 draw in a fantastic game of hurling against the Galway U15 team.

Ulster’s second squad then went on to record a win over the Connacht second string in another fine game of hurling.

The day was wrapped up with the Down U16 team playing against the Galway second string.

This is a great initiative which will be followed up with other cross Provincial opportunities between Ulster and Connacht at various age levels.

Ulster GAA President Martin McAviney said, “This initiative between Ulster and Connacht is an important opportunity to develop hurling in Ulster amongst our young Elite players – who are the future of hurling in our Province.  For our players to have the opportunity to compete against Galway and a Connacht squad has real worth.  This initiative shows young Ulster players that they can compete with the rest and the best in Ireland in hurling and I hope it will inspire these players to keep developing their hurling skills.”