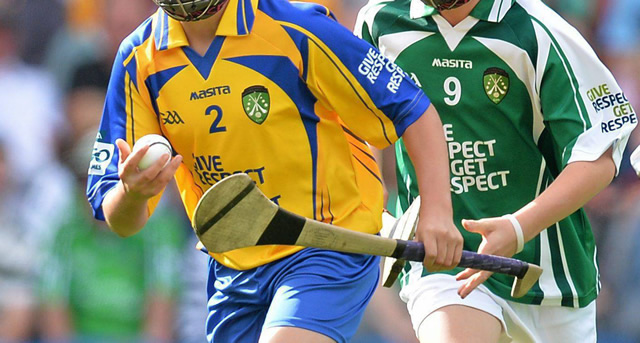 Tyrone’s new Centre of Excellence in Garvaghy came alive at the weekend with 26 hurling games as part of the Ulster GAA U14 and U16 Hurling Academy Squad Blitz.

In the U16 A tournament, Derry defeated Down in the Final to claim the U16 A, with Donegal defeating Antrim to come third.

U14 A was won by a very strong Antrim Team, who will represent Ulster in the All-Ireland A Tournament on the 31st August.  The U14 B was won by the travelling team of Wicklow, who only added to the competition and we hope to see them back again next year.  The U14 C was won by Tyrone, who we hope to follow in the steps of Donegal and step up to B level next year.

Speaking after the Hurling Academy Squad Blitz Ulster GAA President Martin McAviney stated, “The Annual Academy Squad Blitz for U14 and U16 players is an important date in Ulster GAA’s calendar as it focuses on developing our young players from all nine Ulster Counties in a competitive environment.

“With 26 games in one day, this was an excellent opportunity for counties to develop their young hurlers alongside their peers in all nine counties of Ulster.  Many of these players will make the grade for Minor and Senior County teams in the future and it’s important that we introduce players to the importance of fitness, skill and healthy lifestyles from this young age.”

“I would like to wish all the very best of luck to all our Counties in the National Academy Squad Blitzes on Saturday 31st August.”