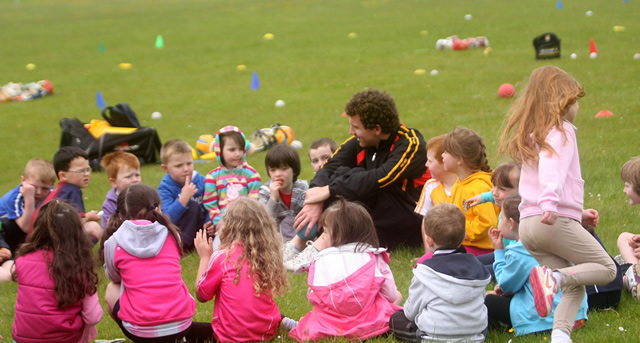 Ulster GAA President Martin McAviney will host the annual Ulster GAA President’s Awards on Friday 29th November in the Hillgrove Hotel, Monaghan. The focus of this year’s awards will be on Club Coaching and Games Development, and Ulster GAA are keen to recognise clubs with good coaching structures, quality well qualified coaches and programmes delivering the right content to the right age group.

Clubs who believe that the quality of their coaching and games program is such that it merits an award are asked to fill in the application form attached below and return to their County Committee by Friday 4th October.

There will be a number of cash prizes on offer for outstanding applicants, including:
– County Award €1,000
– Provincial Award €5,000
– Special Recognition or Runner up €3,000

The process for the 2013 Ulster GAA President’s Club Coaching & Games Development Awards is as follows: