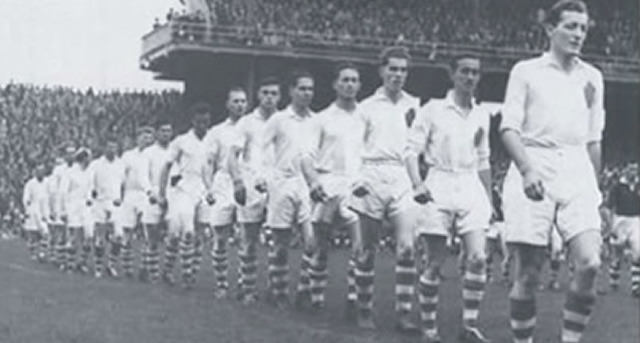 A special event to recognise the work of GAA Social Initiative clubs across Ulster will continue the yearlong celebrations for the 125th Ulster Football Championship looking back at the breakthrough era for various Ulster teams.

The event will take place at the new Tyrone GAA Centre of Excellence in Garvaghey on Wednesday, September 18th, from 7-9pm, with an open invitation to all GAA Social Initiative clubs in the province to attend. Representatives from any club that would like to get involved are also encouraged to come along for what promises to be a great night’s entertainment and a trip down Ulster GAA’s memory lane.

MC on the night is Iar-Uachtarán Comhairle Uladh, Aogan Ó Fearghail. The former Provincial President will reminisce with some of the most recognisable names in Ulster GAA from 1952 – 1972, an era that saw Tyrone, Derry, Down and Donegal’s first Ulster title wins, Armagh, Derry and Down’s first All Ireland final appearances and Down’s historic three All Ireland titles in the 60’s. Guests on the evening will include representatives from a number of these teams such as Tyrone’s Jody O’Neill, Derry’s Jim McKeever, and Donegal’s Brian McEniff.

The St. John Bosco Club in Newry will provide an insight into their successful Social Initiative club. Other contributors on the night will include some of the province’s leading Scór performers.

All Social Initiative clubs that attend on the night will be entered into a special draw to win a day trip to Croke Park where they can enjoy a stadium and museum tour as well as lunch overlooking the most famous pitch in Ireland. There will also be All Ireland football final tickets raffled on the night.

Anyone who would like more information about the event should contact Ulster GAA Social Initiative Coordinator, Fionntán O’Dowd on 028 3751 7180 or fionntan.odowd.ulster@gaa.ie or Emmet Haughian, the Social Initiative National Coordinator in Croke Park on 01-819-2393 or emmet.haughian@gaa.ie. Admission to the event is free however pre-registration is advised as numbers are limited. Pre-registration can be done online by accessing the on line registration form (http://goo.gl/ReZCWP) or by contacting Fionntán or Emmet at the above numbers or email addresses.