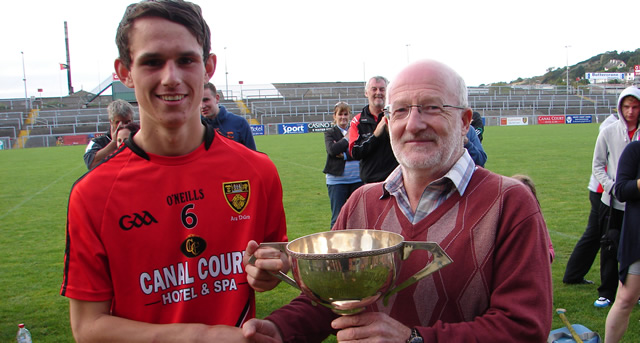 Saturday 31st of August 2013 will be a day long remembered by the GAA people of Down & Newry as 13 counties from throughout Ireland descended to play 39 games of hurling across two age groups with over 800 players to take part in the National Hurling Blitzes at U14 & 16.

The “Developing Counties” really gave an incredible account of themselves as the games were of the very highest standard. All overseen by our national hurling development committee chairman Tommy Lannigan & our very own Ulster President Martin McAviney.

The U14 section was held up in the magnificent surroundings of the Abbey Grammar school where pitches cut to hurling length saw some fantastically drilled teams compete for the Tony Forristal B cup. 15 group games eventually saw us with a semi final quartet of Meath, Westmeath, Kildare & Wicklow.

Westmeath & Meath were the victors of these two highly competitive games and proceeded to give the crowd an unbelievable final. Some of the high fielding & score taking would not have been out of place in the Tony Forristal A competition. Meath ran out eventual & deserved winners on a score line of 2-9 v 1-6

Other winners in the U14 section were Down winning the shield in an all ulster final & Sligo winning an all Connaught final in the plate.

The difference in power and strength between 14 & 16 was so apparent too when you see them line up & play on pitches beside each other. Really makes you realise the care and attention that needs to go into development work with these players. The home of the U16 competition was the pitches at Violet Hill. Overlooked by the impressive St Colman’s College. The fun & skilful U14’s were replaced here with real thrust & cutting edge. While there were some great scores at 14 it was the tackling & the physicality that was most apparent here & hats off to the referees for letting them at it. After 12 group games we eventually came with the final 4 of Down, Sligo, Kildare & Carlow. With both games throwing in at the exact same time no one knew anything about opponents & the teams went at each other like a days work.

Down were aided by a strong breeze in first half & used this to their advantage to pull away & indeed when Sligo pulled a goal back from a 20 meter free the lift was quickly deflated as Down went up the other end to reply in kind. Down then were able to retreat against the wind & defended their lead admirably to see them through to the final.

The other semi, an all Leinster affair was extremely tense & cagey. Both teams knowing each other so well & both knowing what was at stake. Carlow hit the front by half time & managed to keep Kildare at arms length thought seeing them progress to the final with 4 points to spare.

The final itself was a scintillating game with each side enjoying periods of dominance. Carlow looked to run away with it early on before Down pulled them back & through a well taken goal went in front at half time. Second half saw Down push further in front only for them to not take the actual steps to win the game & as a result allowed Carlow to come back into it & level with time up.

The game then moved into 2 periods of 5 min each way extra time.

With such a short time period any small bit of luck or misfortune was going to be the decisive moment & indeed it arrived when the Down full back sent a 65 directly to the net with 2 minutes left. Thus seeing Tommy Lannigan present Down with the Adrian Murray cup for the first time ever.

This concluded an incredible day in Newry. 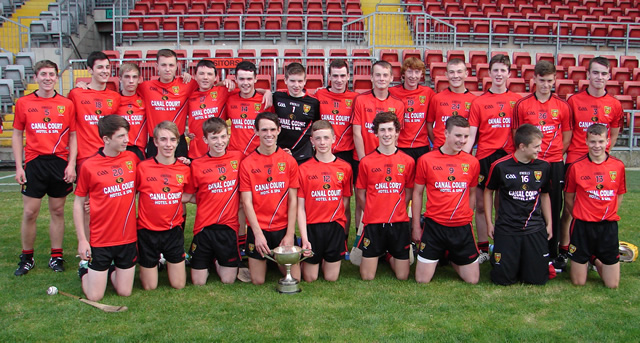