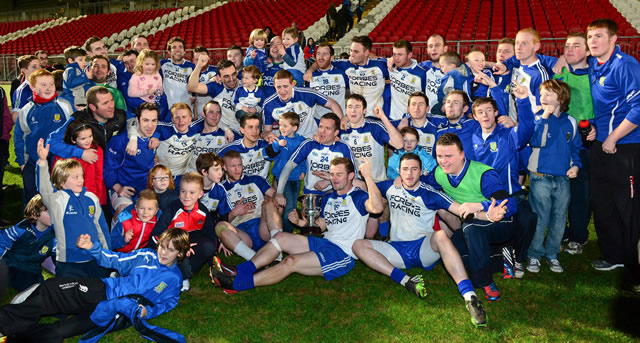 Glenswilly, in their first ever Provincial showpiece devider, got off to a dream start with Michael Murphy’s left footed effort lobbed over the hapless Michael Conlon in the Ballinderry goal in the opening 30 seconds.

Murphy followed up his goal with a point from a ’45 to give his side a 4 point lead.

However, Ballinderry began to assert their authority on the game and added points from Coilin Devlin, James Conway and Dermot McGuckin. Glenswilly did respond with a Caolan Kelly point but it would prove to be their last of the half. Devlin and Conleith Gilligan added pointed frees for the Shamrocks before Michael McIvor pounced on a blocked Ryan Bell shot to palm the ball into the Glenswilly net. McGuckin added his second point of the game to give the Derry champions a 1-06 to 1-02 lead at the interval.

Glenswilly, to their credit, mounted a superb comeback in the third quarter with a goal from Caolan Kelly and points from Colin Kelly and Murphy to level the sides. Indeed, they took the lead via a Darren McGinley point, but it was proved to be short lived as Ballinderry took control in the final 15 minutes.

The Derry kingpins were at their brilliant best in the closing stages of the games, scoring 6 of the last 7 points, the pick of them coming from Coilin Devlin, Gilligan and sub Darren Conway.

Ballinderry will now travel to London to take on Kingdom Kerry Gaels in the All Ireland Club Quarter-Final on Sunday 15th December.

It was a case of Double Delight for Monaghan clubs as Truagh and Emyvale collected the AIB Ulster Club Intermediate and Junior Football Championships at the Athletic Grounds on Saturday evening. 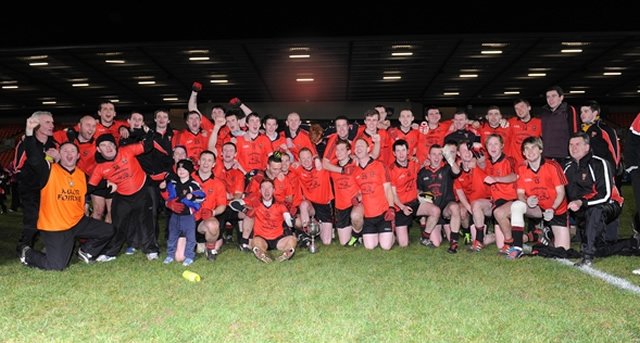 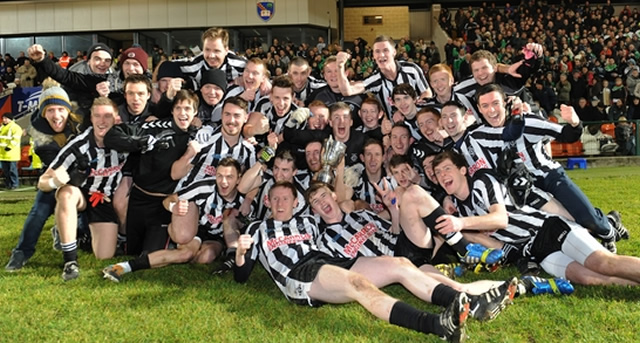