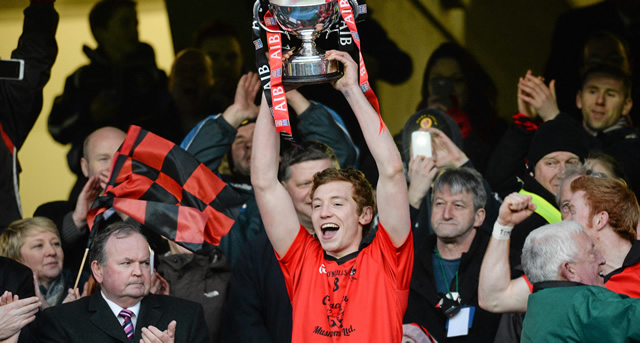 Truagh from Monaghan won an epic All-Ireland IFC Final against Kiltane of Mayo at Croke Park on Sunday. Like the junior decider, the eight-point gap in the end didn’t do justice to a closely-contested game, with Truagh pulling away with a succession of late scores. 3-29 of the game’s 4-34 came from play, including 2-19 from Truagh, in a superb advertisement for club football.

Points by Paudie and Daniel McKenna gave Truagh an early lead, but they conceded a penalty when Tommy Conroy was fouled and Darragh Carey went forward to strike it beyond Truagh keeper Ian Treanor. Mikey Sweeney then drilled to the net and suddenly, Kiltane were four points up, before full-forwards Daniel McKenna and Shane Lindsay swapped points.

A brilliant goal by Daniel McKenna breathed life into Truagh, with points following from Daniel and Christopher McKenna, before Mark Counihan coolly hit 1-1 to give his side a five-point lead. Tony Gaughan and Jason Healy kept Kiltane in touch, but the metronomic accuracy of Daniel McKenna kept the scores coming for Truagh, who went on to lead by 2-10 to 2-6 at half-time.

Adam Treanor increased Truagh’s lead after the restart, but Edmund Barrett, Healy, Lindsay and Ultan Corrigan brought Kiltane back to within a point and they could have retaken the lead but for some great saves and blocks by Truagh keeper Ian Treanor and his full-backs.

A Paudie McKenna brace gave Truagh some breathing space and Christopher McKenna, Adam Treanor and substitute Seán McKenna added late points to secure victory for the north-Monaghan men after what was an often heart-stopping encounter. Their top scorer Daniel McKenna was named Man of the Match, while Pauric Treanor lifted the cup to scenes of jubilation. 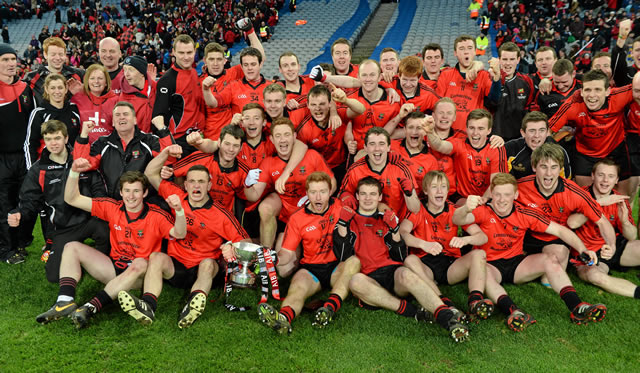