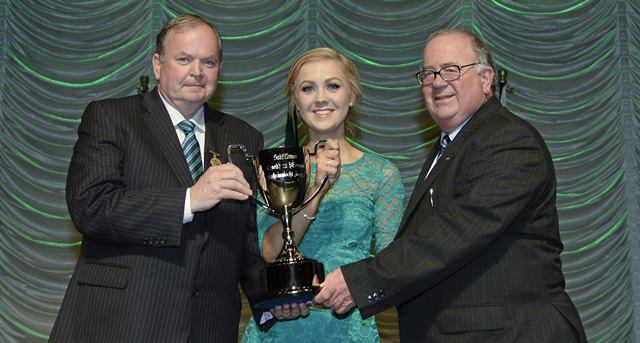 Ulster competitors walked away with the singing titles at the All-Ireland Scór Sinsear finals at Castlebar on Saturday 26 April.

In Grúpa Bailéid / Ballad Group, there was the unusual sight of an all-male quintet emerging triumphant. The successful young group from CLG Naomh Éanna, An Ómaigh, comprised Eolann Duffy, Faelan Duffy, Edward Byrne, Padhraic Colton and Conal O Kane. This constituted a fourth All-Ireland title for the Omagh club in this category, its previous ballad victories having come in 1987, 1990 and 2008.

The other six Ulster acts in the Scór finals acquitted themselves well without landing their respective titles. Ciarraí acts enjoyed the most success on the day, winning three of the eight national titles.