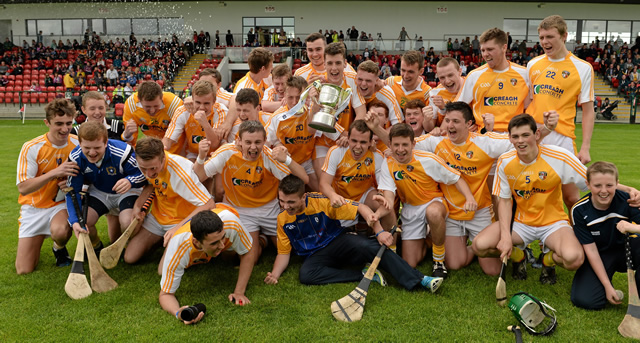 Antrim have secured a 55th Ulster Minor Hurling Championship title, thanks to a strong second half performance against Derry in Owenbeg.

Played as a curtain raiser to the senior final, there was nothing to separate the sides at half time, going in level at 6 points a piece, before Antrim upped their performance in the second half to run out 8 point winners.