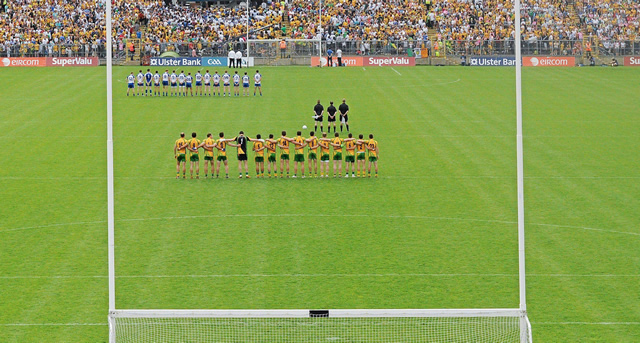 Once again in 2014, Ulster GAA have published key match data from each game in the Ulster Senior Football championship. All this data provides us with a great opportunity to analyse the performances of both Donegal and Monaghan ahead of the final this Sunday.

There are 2 main methods of gaining possession; 1) Directly from a kick out; & 2) From turnover ball. Figure 1 (below) highlights how each team has fared from kick outs this far. Ahead of their clash this weekend Donegal appear to have an edge on this front, winning an average of 26 per match, while only conceding 17 to their opponents. In contrast Monaghan have only won an average of 22 per match, conceding 25 to their opponents. Viewing these stats on a very simplistic basis would suggest that Donegal will enjoy the best of the kick out battle to the extent of 5 to 6 possessions gained from kick outs. 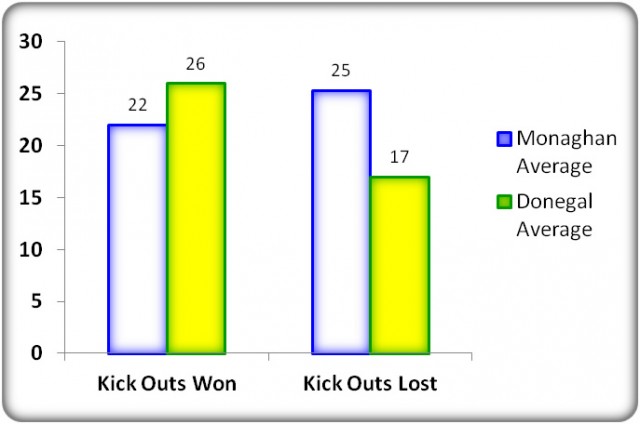 Switching the focus to the turnover battle would appear to balance out the potential possession battle. Figure 2 highlights how Monaghan have delivered a much higher average number of turnovers per game, 26 to Donegal’s 18. On the other hand, Donegal appear to have been marginally more careful with their own possession, losing just 21 possessions to Monaghan’s 23. When all counts are factored together it would appear to suggest that Monaghan will gain 3-4 more possessions than Donegal through forcing turnovers. 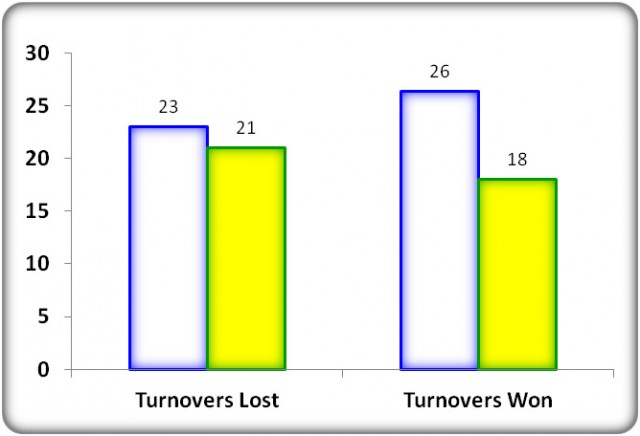 The possession battle overall should be very close, with the teams likely to be fairly evenly balanced. However, on the basis of their predicted kick out superiority Donegal may just have enough to shade the possession battle, despite Monaghan potentially being able to force a superior number of turnovers (Figure 3) 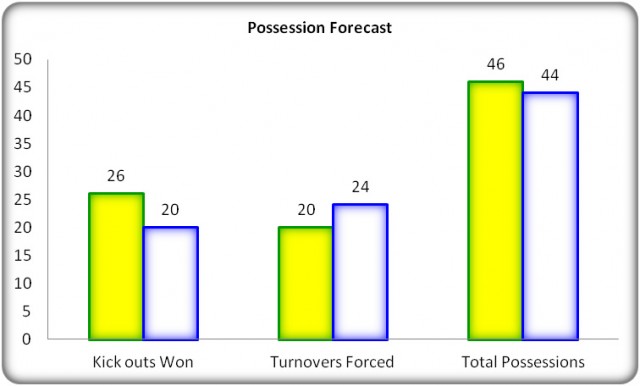 While possession share will play a role, what is of greater importance is how each team utilises possession, and how effective they are at converting possessions to scores. Figure 4 provides a glimpse as to how close the battle could be come Sunday, with both finalists averaging a possession conversion rate of 31%. Monaghan may hold the smallest of advantages in this area based upon the fact that they have limited their opponents to 28% conversion, while Donegal have been marginally less frugal with 29% of opposition possessions converted to scores. 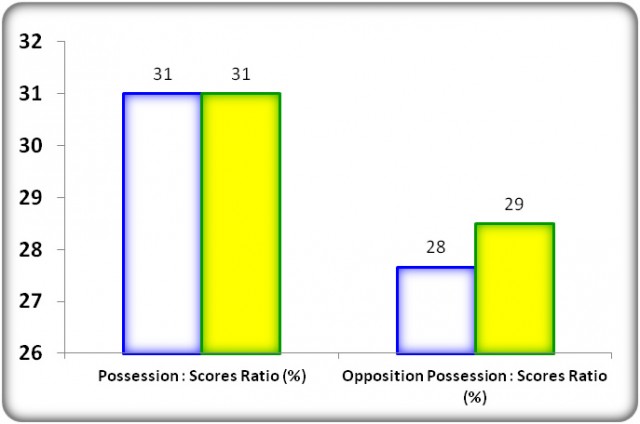 Of course, it also must be noted that the type of scores is also very important. As obvious from figure 5, Donegal were the more clinical in terms of their return per 10 possessions, with 4.3 points compared to Monaghan’s 3.3 points. On that basis, if both teams had 50 possessions, Donegal should win the match by 5 points.

Figure 6, below, displays the predicted scoring outcome based upon the combination of the possession forecast and productivity forecast. On the basis that Donegal will have an estimated 46 possessions and a productivity of 3.6, they could score a total of between 16 and 17 points.

Monaghan’s lesser estimated number of possessions (44) and lower productivity of 3.3 points per 10 possessions would equate to between 14 and 15 points.

The year’s Ulster final looks set to be another close encounter, with many of battles sure to be evenly balanced between both finalists. However, when we factor in the all the marginal advantages they point towards a narrow victory for Donegal, between 1-4 points.

However, things are not always that clear cut, as Monaghan proved in last year’s Ulster final when winning against the odds. This predicted Donegal win is based on a marginally superior possession share; 2 extra possessions, and, a slightly higher productivity rating; 0.3 points per 10 possessions.

It must be remembered that there are countless factors that contribute to each of these areas, and there is no doubt both teams will be targeting certain more subtle areas where they will feel they can exert pressure over their opponent with the ultimate aim of swaying an overall battle in their favour.

Regardless of all the subtleties in the statistical analysis, this match does look set to be a very close battle, with neither team likely to dominate any one particular area of the game.