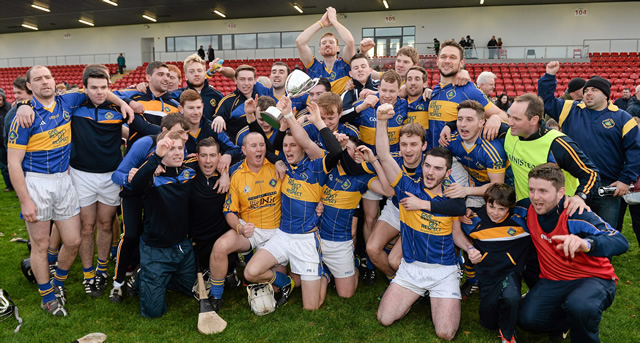 Down champions Portaferry have collected the AIB Ulster Club Senior Hurling Championship title for the first time in their history following victory over favourites Cushendall in Owenbeg.

Playing into a stiff breeze in the first half, Portaferry went in with a slender one point lead, 0-7 to 0-6, at the interval.

With the wind at their backs in the second half, the Down champions pushed on to secure their historic maiden title.

Eoghan Sands was the star performer for Portaferry in the second period, as he contributed two points from sideline cuts along with a well taken goal.

Portaferry will now play the Munster Club champions in the All-Ireland semi final, in the new year.