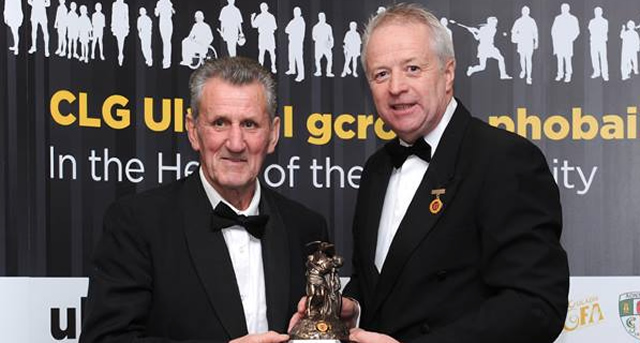 This awards ceremony recognises the Players, Administrators, Coaches, Officials, Referees, and Team Managements for the significant contribution they make to the GAA. Our volunteers are the lifeblood of the GAA and are the very heartbeat of our communities. All the award winners represent the many more who also carry on this valuable work across the nine Ulster counties.

The Ulster GAA President’s Awards are a way of highlighting the achievements of some of our special and significant contributors to the Association in Ulster. At the 2014 ceremony, we highlighted excellence in the attainment of Club Maith by our clubs with 10 winners across the categories of Governance, Duty of Care, Community Enhancement, Culture & Heritage, Coaching & Games, and 1 overall Provincial winner.

Below is a list of all the awards winners on the night:

McGlinchey Cup for Refereeing (Referee of the Year):
Maggie Farrelly

Service to the GAA through Education:
John Farrell

Player of the Year:
Neil McGee