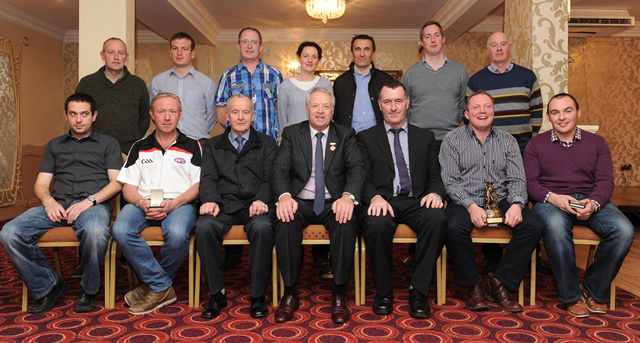 Those who took charge of Ulster Finals in 2014 received their medals from Uachtaran Comhairle Uladh, Martin McAviney and Vice Chairperson, Michael Hasson. They paid tribute to the officials and thanked all referees for their time, commitment and involvement in the delivery of our games programme.

In 2014, Ulster GAA made a significant investment in our referees by providing a full set of specialised radio equipment for each of our nine counties. This can now be used by all our match officials at National League and all championship games, at no cost to the counties. It also means that the match officials will be using the same technology at all major games in Ulster.

This initiative in conjunction with the Health Checks for all our referees highlights the importance that Ulster GAA places on our match officials. We hope that the referees enjoy using this equipment as they continue to control our games with our full support.

A full list of the 2014 Final referees are as follows: