Home / Threemilehouse is the magic venue for Scór na nÓg 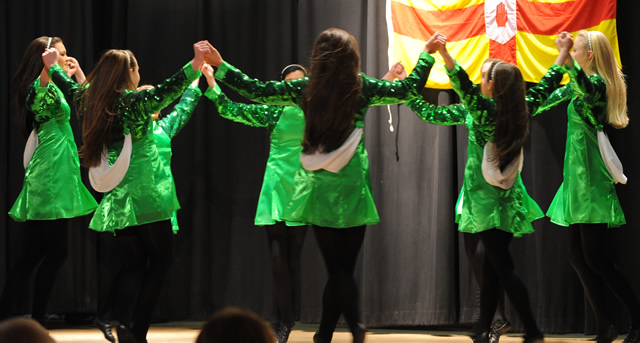 Seán McDermott’s GAA Complex, Threemilehouse, which has hosted many magical Scór nights in the past, will serve as the venue for the final of Gaelic Life Scór na nÓg Uladh this Saturday, 17 January 2015.

Ard Mhacha will be represented most of all in the seven categories, with five Orchard County acts taking to the stage. Tír Eoghain and Dún na nGall will have four each. Fear Manach is the only one of the nine counties that will not be represented in competition on the night.

There are several notable talking points ahead of the big event. Will Whitecross achieve the first ever four-in-a-row in Rince Foirne / Céilí dancing, or can An Gleann (Doire), the previous three-in-a-row winners, depose the Ard Mhacha champions? Can Droim Thamhain retain the Ceol Uirlise / Instrumental Music title and move closer to becoming three-time All-Ireland champions, or could Gaoth Dobhair spring a surprise in this category and Grúpa Bailéid / Ballad Group to record a remarkable double?

In Léiriú, Bun Cranncha will be aiming to hold on to the honours against previous Novelty act champions, Cullyhanna and An Eaglais. And An Ómaigh have the opportunity to win a record eleventh Rince Seit / Set Dancing provincial title.

Rose McMahon of the host county will act as Bean a’ Tí for what promises to be a most entertaining evening.