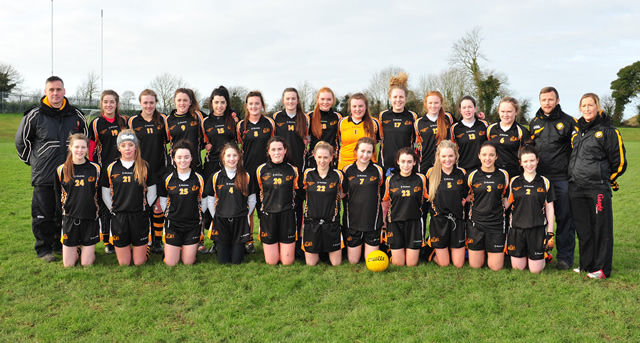 The Ulster Ladies U20 took part in the Inter-Provincial Post Primary Schools Tournament in Coralstown/Kinnegad on Saturday 24th January.

Ulster played Leinster in their first game which was a high scoring encounter that saw the two sides share 9 goals between them with Ulster coming out on top on a scoreline of 6-01 to 3-04.

Ulster then met a strong and highly fancied Connacht side. Both sides knew that a win would guarantee their passage to the decider. Ulster performed extremely well against a Connacht side. They lost by 9 points on a scoreline of 3-09 in response to Ulster’s 3 goal haul.

Ulster had performed well throughout the day and they received their reward as they claimed the Inter Provincial Shield title for the 4th year in row by beating Leinster by 3 goals on a scoreline of 4-07 to 1-07.