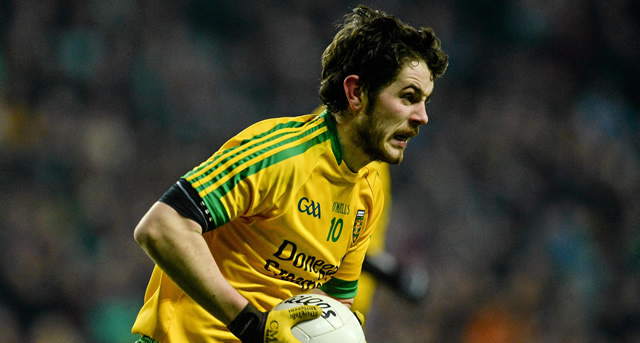 Cavan’s incredible run in the Ulster U21 Championship came to an end on Wednesday night when they were beaten by Donegal, the last side to beat them back in 2010, at Ballybofey.

Ryan McHugh struck the match-winning goal two minutes into added time, making up for the penalty he missed earlier in the game.

Cavan looked on course to extend their unbeaten run in the competition to 15 games when Caoimhín O’Reilly clipped over a late point to put the Breffni County two clear.

Cavan trailed by 0-5 to 0-4 at the break having scored the last three points of the first half, all from the boot of O’Reilly.

They then hit a further three in a row, through Michael Argue, Jonathan McCabe and Conor Madden, to take control of the game before McHugh rescued Donegal at the death.

Tyrone also progressed with a straightforward defeat of Fermanagh, with Mark Kavanagh and Mark Bradley hitting 0-4 and 0-3 respectively in the first half as the Red Hands went in 0-9 to 0-2 ahead at the break.

Cathal McShane and Lee Brennan then struck three points apiece in the second half and Tyrone wrapped up a big win.

Monaghan got the better of 13-man Derry in Inniskeen, despite trailing by 1-5 to 0-6 at the break. Derry goaled through Niall McLoughlin on 26 minutes but had midfielder Neill McNicholl sent off just before the break.

The Farney men then hit six points without reply at the start of the second half and there was no way back for Derry, who had a second man sent off.