Home / GAA meets Golf for charity at the Irish Open 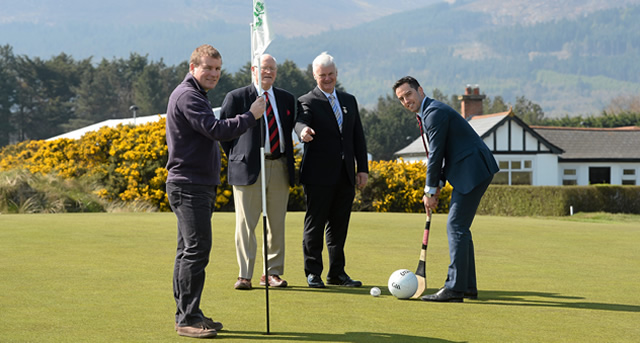 A star-studded GAA match will open a week of events in Newcastle next month as the Royal County Down golf course hosts the Irish Open for the first time.

A host of football stars will feature in The GAA Open, a charity exhibition game that will pitch an Ulster Select against a Rest of Ireland team. The event will take place at St Patrick’s Park in Newcastle on Monday, 25 May at 7pm.

The GAA Open will be hosted by Down GAA (in association with the Association at Ulster and Central Level) and will raise funds for the Cancer Fund for Children at Daisy’s Lodge in Newcastle.

The game will be part of a week of events that will provide a backdrop to the Irish Open at Royal County Down.

A host of football stars from across Ireland will form the two teams that will be managed by four of the leading names of the GAA. Down legends Seán O’Neill and James McCartan jnr will take charge of the Ulster team against a Rest of Ireland Select managed by Sean Boylan (Meath) and John O’Mahony (Galway/Mayo).

The GAA Open will also feature the skills of hurling as part of a fun-filled evening to launch Ireland’s premier golf tournament.

The Cancer Fund for Children at Daisy’s Lodge enjoys the support of the Rory McIlroy Foundation. The World No 1 will feature at the Irish Open along with fellow Irish golfers Graeme McDowell, Padraig Harrington, Shane Lowry and Ryder Cup captains Darren Clarke and Paul McGinley.

At the GAA Open launch in Newcastle were GAA President Aogán Ó Feargháil and Cllr Naomi Baillie, Chairperson of the Newry, Mourne and Down District Council.

Event Chairman John Devaney described The GAA Open as “a unique occasion that will showcase stars of Gaelic Games and further develop the link between the GAA and other sports”. He added that the event promises to be “a successful example of collaboration between the various levels of the GAA, the local authority, the Irish Open promoters and all for a good cause”.

Tickets for the GAA Open are priced at £10/€13 for adults and £5/€6 for children, with all monies raised going to the Northern Ireland Cancer Fund for Children. 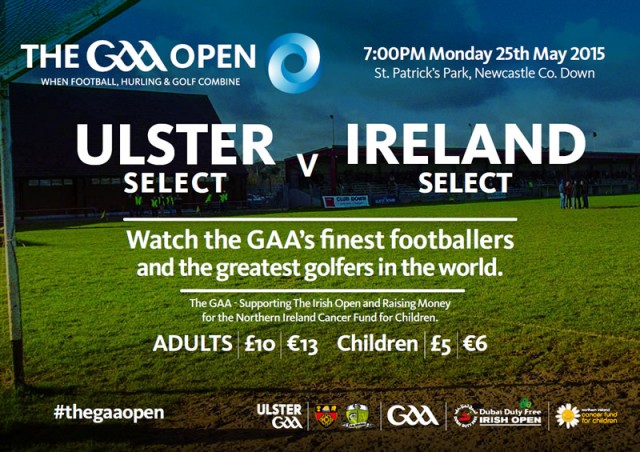