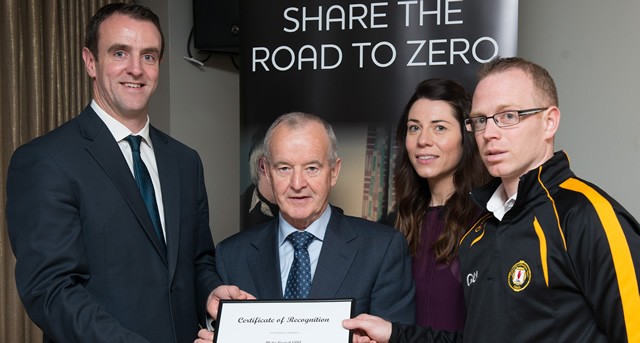 Ulster GAA were one of only eight schemes which were successful in their application to the programme, the key objective of which is the reduction of the number of people killed or seriously injured on the roads and to support the achievement of the targets outlined in the Road Safety Strategy to 2020.

Ulster GAA Vice President Michael Hasson received the award from the DOE Minister in recognition of an innovative programme which had raised childrens’ awareness of traffic danger through a video competition. This programme, which culminated in the first ever GAA ‘Oscars’ in March was a huge success, and having been externally evaluated, was proven to be an effective means by which a number of DOE’s road safety strategy targets can be delivered.