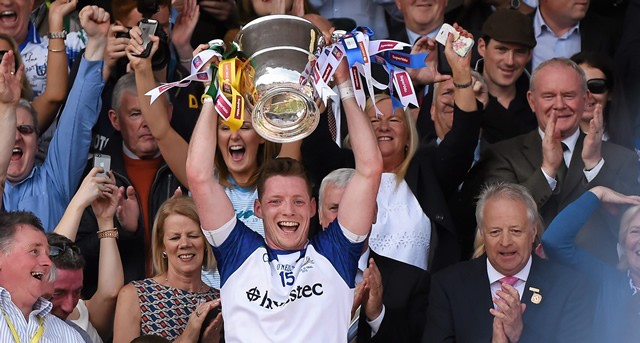 Monaghan won a second Ulster SFC title in three years after edging an enthralling provincial final against Donegal at a packed Clones.

Malachy O’Rourke’s side were impressive in the first half and led 0-8 to 0-4 at the break, but had to withstand a strong fightback from Donegal with Paddy McBrearty scoring five second-half points for the 2014 champions.

Monaghan failed to score for the last 23 minutes as Donegal came from five points down to close to within one point with four minutes to go. Donegal hit 11 wides in the second half, but got one chance to grab the equaliser and it fell to the in-form McBrearty in the third minute of stoppage time, but his shot dropped narrowly wide.

It looked good for Donegal early on, and they were two points ahead after only two minutes after Paddy McBrearty and Karl Lacey kicked scores from play. McManus responded with a fourth minute free but Donegal reasserted their early grip on the game when Frank McGlynn cut inside to score with his left foot to put Donegal 0-3 to 0-1 ahead after five minutes.

Incredibly, that was their last point from play in the first half as Monaghan took complete control of the game.
Donegal had to wait 28 minutes for any kind of score, with Murphy’s 33rd minute free their sole response to the Monaghan onslaught.

After McGlynn’s point, Monaghan outscored Donegal by 0-7 to 0-1 in the opening half with their work-rate forcing Donegal into uncharacteristic turnovers. Karl O’Connell popped up from wing-back to score in the ninth minute and McManus’ tap-over free had them level at three points each after 15 minutes.

Monaghan supported each other in numbers and grew in confidence with every turnover.
Owen Duffy, Kieran Duffy, McManus and Dessie Mone all kicked points from play as the Farney county put clear daylight between the teams.

Malacky O’Rourke pumped his fists after one inspirational turnover Ryan Wylie, who dispossessed Christy Toye and fed McManus, who slung the ball over the bar. Donegal hit three wides in the first three minutes of the second half and Monaghan, in their first attack of the second half, pointed through Owen Lennon to push their lead out to 0-9 to 0-4.

McBrearty pointed two frees after fouls on Ryan and Mark McHugh and Donegal’s dominance around midfield began to tell on the scoreboard.

However, their wides racked up with Colm McFadden, Martin McElhinney and McBrearty snatching at chances.
McManus got the better of Neil McGee on several occasions and pointed an excellent score in the 50th minute to leave Monaghan 0-11 to 0-6 ahead.

That was their last score of the game with Donegal dominating possession but the wide count hurt them.
Michael Murphy switched briefly to full-forward and made one great catch, which led to a score, but a shocking tally of 11 second half wides finally caught up with Donegal.

A number of their key performers under-performed but they will still be confident of having a say in the All-Ireland series, and now face Galway in a fourth round qualifier, while Monaghan march on to the All-Ireland quarter-finals.