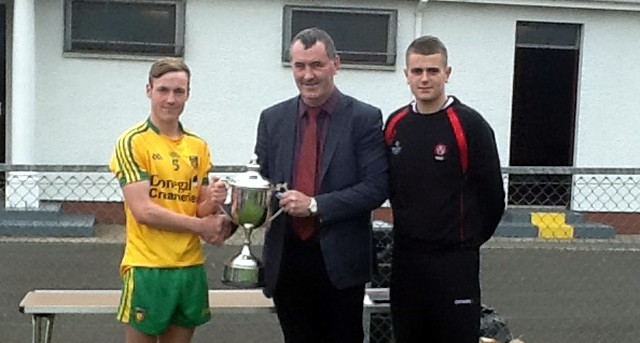 In the semi-finals Donegal had a 10 point win over Tyrone on a scoreline of 3-10 to 0-9 while Monaghan beat Armagh 3-14 to 2-10. Both games were of high intensity and excellent skill execution and the score taking was top drawer.

In the final, played in perfect conditions, the large crowd in attendance witnessed a great game of football and the first half in particular was full of great tackling, blocking, point blank saves and athleticism, with Donegal holding 2-6 to 0-6 lead at the break.

Donegal started the second half very strong and pulled away to win on a scoreline of 3-14 to 0-7 but credit to Monaghan who, despite Donegals dominance, never stopped trying to the very end.