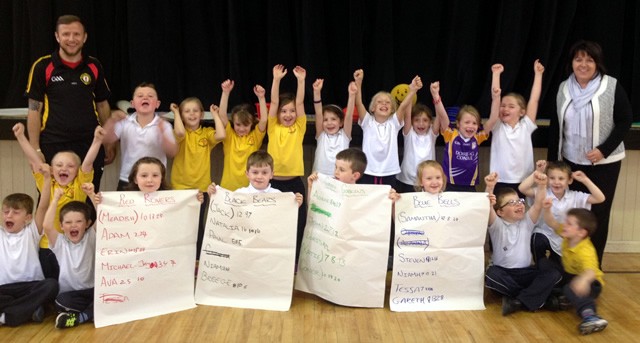 The theme was on scoring and recording data. All the children were put into 4 groups of 5 and they were given a team name. The pupils played Sharks & Fishes, Clear the Zone and Prisoner Ball. Each game included the pupils having to undertake several adding and subtracting ‘Mental Maths’ challenges that was related to their Handling and Throwing skills. After each game the pupils recorded their scores and then they picked out their best score from each game and recorded it on their team sheet.

Along with improving their handling and mental maths skills, the pupils also improved their team work, social and communication skills.