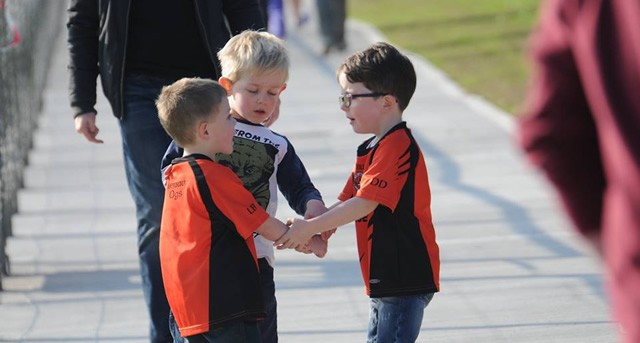 The day was an amazing success with nearly 400 people using this facility – people of all ages, all abilities, all fitness levels! Members of the Glenavy’s Biggest Loser Programme (facilitated by St. Joseph’s GAC Health & Wellbeing Committee) turned out in their respective team colours to do some extra training ahead of the weekly weigh in and a few even managed to refuse the offer of a free hotdog upon completion of their laps!

Indeed, for some walkers this was the first time they had had reason to visit the Club grounds and all reported that they felt very welcome and that the event had a real sense of community identity, cohesiveness and belonging. Some people set themselves targets and kept a good pace while others just ‘dandered’ around at a leisurely pace chatting to those they met along the way – on the new purpose built path there was room for everyone!! The target for the day was for Glenavy to ‘Walk 500 miles” and there was much cheering when Jim McCorry completed the 500th mile however, we didn’t stop there… A total of over 770 miles were completed!

Another highlight of the day was the outstanding achievement of a member of this year’s very successful U12 St. Joseph’s GAC team, Shay O’Neill, who ended up completing a total of 91 laps of the track i.e. a full 26 mile marathon! Spectators said he just kept going round until it was mentioned that he’d already covered a half marathon and once he heard that there was no stopping him from finishing the full thing! He was helped along by everyone cheering and even accompanied on his final lap by his dad and a few members of the Club’s senior panel! His day finished on a real high note when it was decided that he should be presented with a Club half zip to reward his efforts – Well done Shay!

The new walking track formed part of phase one of a number of development projects which St. Joseph’s GAC hope to deliver to provide our local community with access to safe areas to engage in a range of outdoor recreational activities. 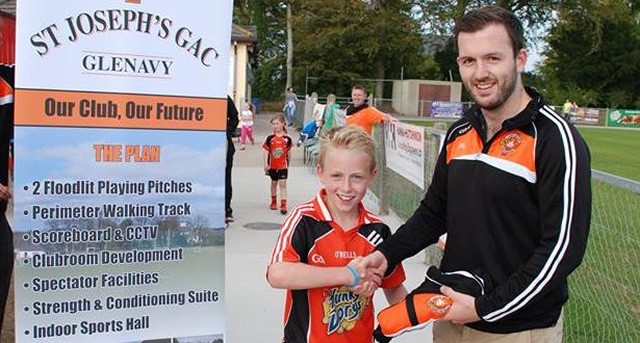 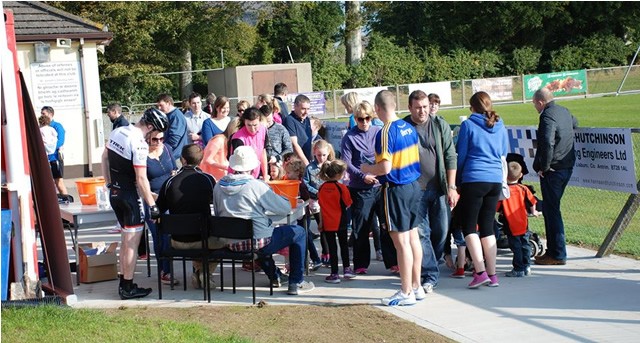